The High Cost of Regulation: Chasing Rabbits or Serious Problem? 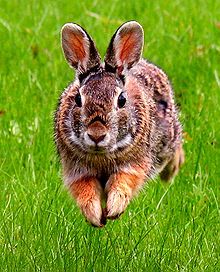 It may seem strange to have a Blog dedicated to Economic Warfare covering the topic of domestic regulation. After all, our focus is about warfare and regulations seem kind of boring in comparison. But, we have covered the topic before as shown in the following links:

The Secret Weapon to Growing Our Economy

Pushing additional regulation matches with KGB efforts according to a former KGB officer who argued that the Soviets infiltrated American environmental groups to push an agenda. The idea is to do anything that could hamper the enemy's ability to grow or progress. This approach also matches with the Chinese methodology of Unrestricted Warfare.

To be sure, while we can bear the majority of responsibility for the craziness we face daily, there is some reason to believe that our path has been encouraged as a subtle means of warfare dating back several decades. Of course, this matches with recent revelations that the KGB also funded anti-Americanism among Islamic nations.

Just how effective has this effort been? Well according to a recent report, excessive regulation has sharply limited economic growth. According to Reason Magazine:

Federal Regulations Have Made You 75 Percent Poorer

The growth of federal regulations over the past six decades has cut U.S. economic growth by an average of 2 percentage points per year, according to a new study in the Journal of Economic Growth. As a result, the average American household receives about $277,000 less annually than it would have gotten in the absence of six decades of accumulated regulations—a median household income of $330,000 instead of the $53,000 we get now.

Annual output in 2005, they conclude, "is 28 percent of what it would have been had regulation remained at its 1949 level." The proliferation of federal regulations especially affects the rate of improvement in total factor productivity, a measure of technological dynamism and increasing efficiency. Regulations also affect the allocation of labor and capital—by, say, raising the costs of new hires or encouraging investment in favored technologies. Overall, they calculate, if regulation had remained at the same level as in 1949, current GDP would have been $53.9 trillion instead of $15.1 in 2011. In other words, current U.S. GDP in 2011 was $38.8 trillion less than it might have been . . .

But let's say that the two economists have grossly overestimated how fast the economy could have grown in the absence of proliferating regulations. So instead let's take the real average GDP growth rate between 1870 and 1900, before the Progressives jump started the regulatory state. Economic growth in the last decades of the 19th century averaged 4.5 percent per year. Compounding that growth rate from the real 1949 GDP of $1.8 trillion to now would have yielded a total GDP in 2013 of around $31 trillion. Considerably lower than the $54 trillion estimated by Dawson and Seater, but nevertheless about double the size of our current GDP.

The full study can be viewed here: http://www4.ncsu.edu/~jjseater/regulationandgrowth.pdf.

Even if the researchers greatly overestimated the cost of regulation, there should be little doubt that our highly regulated society has hampered at least some growth. This is true for environmental rules. It is true for other regulations as well. Of course, some regulation is absolutely necessary to maintain our health and living standards. Others are needed to protect against systemic failure.  But it should be obvious that many regulations are overkill and unnecessary. And, some just seems focused on destroying the American spirit. It is hard to explain the extraordinary effort to kill kid's lemonade stands and Fourth of July sparklers? Read the second one carefully. Mayor Bloomberg really believes that Fourth of July sparklers are weapons of terrorists? Of course, this is from the nanny who believes the way to stop obesity is to limit soft drink size.

The reason we titled this post, Chasing Rabbits, is because of this story from The Blaze:

After a children's magician said he was harassed by the U.S. Department of Agriculture over a permit for the rabbit he used in his act a few years back, Marty Hahne probably figured it couldn't get any more intrusive than that.

Now the Ozark, Mo.-based illusionist is saying the trick's allegedly on him, as he notes in an email to blogger, Bob McCarty(emphasis added):

My USDA rabbit license requirement has taken another ridiculous twist. I just received an 8 page letter from the USDA, telling me that by July 29 I need to have in place a written disaster plan, detailing all the steps I would take to help get my rabbit through a disaster, such as a tornado, fire, flood, etc. They not only want to know how I will protect my rabbit during a disaster, but alsowhat I will do after the disaster, to make sure my rabbit gets cared for properly.  I am not kidding–before the end of July I need to have this written rabbit disaster plan in place, or I am breaking the law.

In his email message to McCarty, Hahne also detailed the timeline the USDA reportedly gave him to comply with its order:

Really? If a magic show can be so severely impacted, how about other areas of the economy? This would be comical if it weren't so pervasive. Now, at first regulation sounds well and good. We need some very critical regulation but it is getting out of hand. Our economy is being bogged down to a major degree by excessive regulation. Perhaps this is part of why the "China miracle" has been able to grow their economy by 8-12% for decades while we struggle to get 2-3% in America. This is the society that wants to limit the size of a soda cup you can buy. It is also the society that is adding new regulations at the fastest pace in history. Sadly, this process is only accelerating. There were 4,100 major new regulations planned for the U.S. economy in 2013 alone with the top 13 expected to cost society over a half-trillion dollars. It is clear that pushing regulations (or funding those who do) in an enemy nation is an effective way to wage a stealth economic war. We are fighting with two hands tied behind our backs.
Share on Facebook Next Story