The Impeachment (Coup Attempt)…To What End? 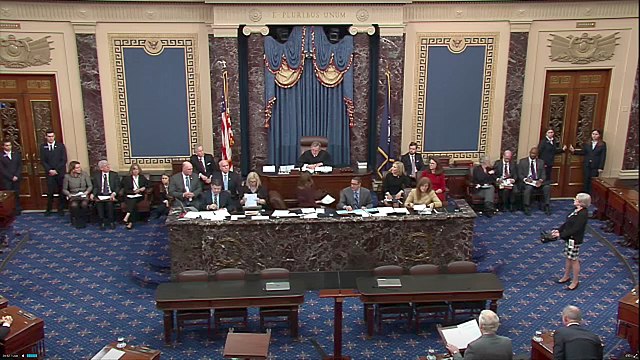 The impeachment trial starts in earnest tomorrow. There are really two issues. First, did the President abuse his office for personal political gain? And second, did he obstruct justice?

This will be a show trial in the Senate and has all sorts of political and economic ramifications. I would argue that a simple reading of the transcript and a viewing of the facts at hand answer the first question. There is simply no "there, there." That's not a partisan opinion. It is the same conclusion as well respected Democrat-partisan lawyers who support the constitution over short-term political gain (like Alan Dershowitz and Jonathan Turley).

As to the second question, this is really better left to the courts. It is about Executive Privilege and the separation of powers. And the courts agreed to hear the case, but the House in a completely partisan fashion ignored that and went forward with impeachment.

There are a few essential things to know and take away from all of this:

The whole thing is disgraceful. But it also political. And few understand exactly what is happening. There are two main reasons that Nancy Pelosi pushed for this. The first is that the rabid Democrat base hates the President so much that they must be appeased by impeachment. [Polls show that 80% of Democrats support impeachment while a larger majority of Republicans and a majority of independents oppose it.] So this is really a show trial to keep the base engaged.

The second reason is more sinister. What's happening here is that Pelosi is helping cover up the corruption of the Biden family. Does anyone really believe that Hunter Biden is worth $1 million a year to serve on a board of a corrupt Ukrainian company? Let's be honest. If this were the Trump family, the media would be all over it. Biden is a major political figure and a leading contender for the White House this year. And he demanded the firing of a Ukrainian prosecutor. No, this is NOT fake news. There is so much smoke here that it should be impossible to ignore. But the media is ignoring it. Why? Because the Democrat-loving (Trump hating) media believes the only way to misdirect the public is to make it all about Trump.

Now, it gets even worse. The way that the effort is being handled it appears to be designed to de-fang those who would oppose Joe Biden within the Democratic primary. If I were the Republicans, I would approach Senators Warren and Sanders and ask why they are putting up with this. Joe Biden is a threat to their candidacy and yet he is being sheltered from very legitimate questioning on this whole sordid affair. In addition, Pelosi held the articles for weeks. Why? Perhaps she wanted to make certain that the Senate-based candidates threatening Biden would be tied up in hearings, unable to campaign in the critical early weeks of an election year. Warren and Sanders are in a "he said, she said" spat. They should be persuaded to demand the media do its job investigating Biden. And, they should be made to understand that if this proceeds along a partisan line, they could be the next one impeached without real cause. I'd remind them that "there arose in Egypt a Pharaoh who did not know Joseph." What if the corrupt media and partisan hacks turn on you? Our democracy is far too precious to mishandle this way, even for a temporary gain.

There will be an impact from this lunacy. Hopefully it won't weaken our nation or hammer our economy. But it's important we all know the truth. We believe the hearings will end, and the President will remain in office. We can only hope, however, that the whole truth comes out and the real corruption is exposed. This is economic warfare being waged against truth.