These Are Unusual Times and There are No Simple Answers 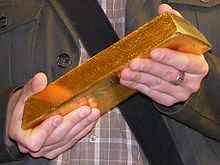 This blog is not written to provide investment advice or even investment suggestions. However, having said that, by far the most questions we receive come from concerned investors who have no idea what to do with their money. So, without giving advice, we'll share some general thoughts and principles for consideration. Anyone who desires investment advice should seek out professional assistance tailored to their circumstances.

First, with global QE-Infinity, people are scared. We are witnessing money printing and competitive currency devaluation on a massive global scale. The Federal Reserve is essentially creating $40 billion per month of new money to buy mortgage-backed securities. This means that the Fed which already has $2.8 trillion on their balance sheet will see and expansion to $5 trillion (including normal activities plus the new purchases) in a couple of years. OK, in English….The Fed is pumping a whole lot of new money into the system. And, when you have more of something (all other things being equal), it becomes worth less. So, the value of the dollar is declining over time and inflation is rising. This suggests a loss of purchasing power and many believe it will negatively impact bond prices.

Of course, we are not alone. The Japanese also have announced massive monetary stimulus as have the Europeans trying to get out of their debt problems. Even the Chinese are stimulating in a big way through infrastructure projects and cheaper loans. The bottom line is that paper currencies around the planet are expected to lose value. This was illustrated today in a powerful Financial Times article published on CNBC's website. Here are some excerpts:

ECB Bond Buying Likened to Work of the Devil

The devil may have much more than the best tunes. To listen to the president of Germany's Bundesbank, he also offers the best cautionary tale about the perils of state financing by a central bank.

After weeks of macro-economic sniping following his isolation at the European Central Bank over its new bond-buying policy, Jens Weidmann, on Tuesday resorted to Goethe's Faust to make his point. The classic play highlighted, he argued, "the core problem of today's paper money-based monetary policy" and the "potentially dangerous correlation of paper money creation, state financing and inflation".

In early scenes from Goethe's tragedy, Mephistopheles persuades the heavily indebted Holy Roman Emperor to print paper money – notionally backed by gold that had not yet been mined – to solve an economic crisis, with initially happy results until more and more money is printed and rampant inflation ensues.

While he did not make the comparison from Faust Part Two explicit, for Mr Weidmann there are clearly parallels with the performance of the ECB in trying to save the euro. Mr Weidmann is the only member of the 22-strong governing council of the ECB to have voted against a plan put forward by Mario Draghi, its president, to offer to buy unlimited amounts of sovereign debt in the secondary markets to cut unsustainable borrowing costs for countries such as Spain and Italy.

Mr Weidmann has said the ECB plan, dubbed outright monetary transactions, or OMT, is "tantamount to financing governments by printing banknotes". In Tuesday's speech in Frankfurt, Goethe's birthplace,he said: "The state in Faust Part Two is able at first to rid itself of its debts while consumer demand grows strongly and fuels a strong recovery. But this later develops into inflation and the monetary system is destroyed by rapid currency depreciation."

Of course, there are a large number of analysts who see what we are sharing with you. Now, most of these are more recent converts and we shared all of this as "Phase Three" in our initial DoD report published in June 2009. We further elaborated in the book Secret Weapon.

Most of those who study this problem advise that you sell everything and buy gold. In fact, a report shared on CNBC today, the target for gold prices is now $2,400/ounce:

In one of the most bullish gold calls since the Federal Reserve announced a new round of easing last week, one strategist sees a 36 percent jump in the metal's price , to $2,400 an ounce, by the end of 2014.

"The new target reflects our view that the Fed will maintain mortgage purchases until the end of 2014 and will move to buy Treasuries following the end of Operation Twist this coming December," wrote Francisco Blanch, a global investment strategist with Bank of America Merrill Lynch, in a note to clients Tuesday.

"Given the new open-ended nature of QE3, the upward pressure on gold prices should continue until employment is strong enough to require a change in policy," Blanch added. "In our view, this is unlikely to happen until the end of 2014."

Others have projected $5,000 and even $10,000 per ounce of gold. So, why not sell everything else, buy gold, and wait for the coming economic apocalypse? We actually addressed this thought in a Blog post:

When that post was first written, gold had peaked at over $1800/ounce, roughly the same price level it holds today. In fact, on August 22, 2011, gold peaked over $1900 in London. From that day until today, gold has been flat at best. By contrast, the S&P 500 has gained 30% over the same period, not including dividends. So, while gold has been an amazing investment over the past decade, it has not been the best performer in every period including the past year. And, as we point out in our post, gold peaked at $800/ounce in the early 1980s and traded as low as $300/ounce in early 2000 despite the fact that there was some significant monetary inflation over that time and the dollar did lose purchasing power. And, the stock market increased nearly 15-fold (not counting dividends (as measured by the S&P 500) even as gold fell 60%.

Now, having said that, there are clearly monetary reasons to believe in gold now in a big way. The amount of stimulus and devaluation present is quite significant. But, we believe it important to understand that various markets rise and fall and there is not a simplistic "one size fits all, always" answer to investor anxiety.

If we were to see a complete monetary collapse, there is no doubt that gold would hold value better than paper money. Some are even encouraging that a gold standard be reestablished for stability. But there are practical issues to address. If you hold nothing but gold, how do you buy a loaf of bread? Do you shave off 1/1000th of an ounce to buy a loaf? And, is there sufficient gold in the market to account for all economic activity? What happens if you buy fake gold (as was reported today)? What if there is a huge new discovery of easily recoverable gold that changes the global supply? While that may seem far-fetched, there was a report today that Russia has been sitting on an enormous new supply of discovered diamonds, keeping their existence secret for years.

Of course, there is a real and growing risk of monetary collapse and that is a tough thing to address. We believe that it is worse than that because a Phase Three economic attack would be targeted directly against the dollar. Our last post revealed how the Chinese have contemplated such an attack. So, isn't gold the only rational answer? Under such circumstances, gold will soar higher. But, so would oil and food. And, even stocks, at least if they follow the pattern of Zimbabwe's currency collapse.

The point is this:  There are no simple answers. So, what we suggested in our book is to get professional advice from those who have been trained to understand the implications of global economic warfare. It is likely that such a professional would suggest that you diversify broadly among investments including gold (in multiple forms), silver, other metals and commodities including food and energy, real property, selected stocks, and other investments denominated in various foreign currencies.