They Smell Blood In the Water 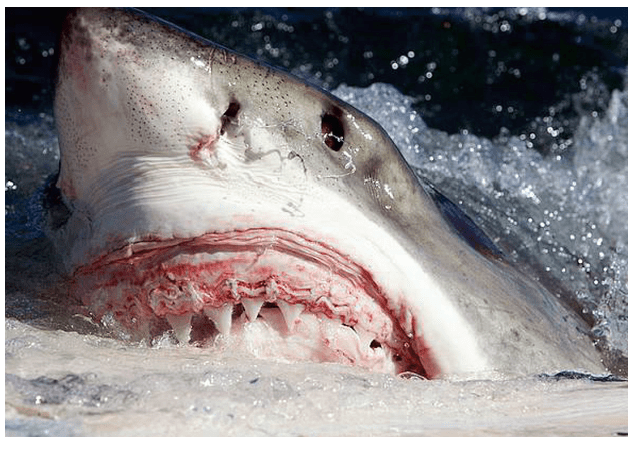 The markets tumbled today (the DJIA fell 274 points and the S&P 500 lost more than 1.5%. This was really the first day the markets seemed to price in the notion of a Trump liability. Starting on election day and just after a very brief dip from shock, stock prices have steadily advanced. Initially, this was seen as the benefit from a business-friendly Administration. Investors cheered the process for regulatory relief, tax reform, corporate repatriation, and a serious infrastructure package. Over time, as President Trump's approval ratings began to wear from constant media coverage of alleged Russian election collusion, stocks continued higher. The drip, drip, drip continued with leak after leak coming from the White House. Much of it was sensationalized but still wore on the optimism. Stocks kept moving higher, however, because investors focused on improving corporate earnings. This was in spite of a number of serious risks developing around the world and at home. We wrote about the disconnect. In fact, we identified a number of critical issues at play that could disrupt the market's calm in August:

We have debated internally as to whether there would be any market decline in the early years of the Trump Administration. If you were opposed to President Trump, the general view had been that you would hope for a market collapse late in the term, close to the next major election (whether 2018 for the mid-terms or 2020 for the Presidential election). As we have noted, a major market decline just before an election almost guarantees that the party in power will lose power. Look at the landslide won by President Obama in 2008 just after the market collapsed. Given that, the conspiracy theorists among us openly questioned whether George Soros types might want the market to keep moving higher until it was time to bring the President down. And, if the President were able to push through his pro-business agenda, it seemed reasonable to expect solid gains for a while at least.

Over the past few days, however, the sharks may have started to sense blood in the water. The whole Charlottesville episode (which we covered ad nauseam last night) may be seen as an opportunity to act early. This is especially true when industry leaders began dropping out of the Administration's Business Advisory Councils and they were disbanded. There is increasing pressure being applied on Gary Cohn, the President's top economic advisor.

Now, CNBC is pushing a story that a Cohn resignation would "crash the markets." This certainly seems like a ripe opportunity for those who would like to see a Trump failure. The American people have been forgiving of behavior they don't like in the White House as long as stocks are advancing and the economy growing. But they become extremely critical when the market turns south. This then forces the question. Is the stock market (that many already consider expensive) vulnerable to a major downturn designed to undermine the Administration?

Consider these headlines from CNBC just in the last few hours:

3 ways Trump's GOP could be bad for US business

This is the real reason investors are fearful, Art Cashin says

DC drama is causing ‘big headaches' for stocks and the dollar, and it could get worse

CEOs needed to walk away from Trump to protect their brand: Former CEO

Trump scraps plan for infrastructure council after 2 other panels dissolve

‘Trump trade' turns into market headwind, as traders watch for next shoe to drop We're getting texts, emails from White House insiders wondering if they want to stay: Axios

Cracks appearing on the surface of the market's stunning bull run

And that is just a portion of the headlines targeting investors tonight with the idea that the President is bad for the market. A false tweet about Cohn's resignation was blamed for starting the big selloff. Sense any pattern in the message? The calculus may have changed sufficiently that larger players are now considering a down market earlier than originally expected. Previously there was talk of a late-term market downturn making this a one-term Presidency. Now, the sharks are considering the possibility of an abrupt mid-term exit.

We should caution that markets often move very differently from what people are expecting. For one thing, there is no indication that Gary Cohn would resign and we do not know that such a resignation would spark a crash anyway. Remember that last week's worry on North Korea has already faded. Before that there was impeachment talk based on Russia. Both have faded. In addition, the markets are too big for any one individual or group to control. At key inflection points, however, some powerful players have been able to spark a trend. And, it does seem clear that a new narrative is being formed regarding how the President is hurting your investments. Given the terror attack in Spain, the narrative could have justifiably been about that. But it wasn't for most of the media. The focus was clearly "Trump."

Keep in mind that this Blog is NOT intended to provide any form of investment advice whatsoever. Don't make any investment decisions based on what you read here. But, if ever there ever were an opportunity for piling on to try to force an early Trump exit, this would appear to be it. There are no doubt big players salivating over such a possibility. The turmoil surrounding Presidential Advisor Steve Bannon today, has certainly caused a media frenzy. [One thing we did like about the Bannon reporting today was his astute observation that we are already in an economic war. He's certainly right about that.]

To those who hate Trump, this all looks like a potential force multiplier that could help bring him down. In some ways today's market drop will be viewed as a test of the waters to see how the public reacts. Is the market vulnerable to a downward push? Remember what the Chinese book Unrestricted Warfare taught. "A single man-made stock market crash is a new-concept weapon." That's economic warfare, plain and simple. Those who know how to conduct it may be considering economic weapons to undermine the Trump Presidency. The risk is, however, that moving too soon might give the President a big opportunity to implement his pro-growth agenda. In that case, the market might recover strongly before the election.

The past couple of years have taught us: NEVER COUNT DONALD TRUMP OUT. Biblically, we should be praying for him (I Timothy 2: 2). This may be a test. Let's see if we pass.