Washington Times – Inside the Ring: Syria, Iraq and weapons of mass destruction – by Bill Gertz (Sept. 18, 2013) 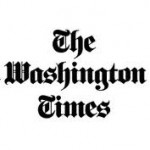 The U.S.-Russia agreement to dismantle Syria's chemical weapons is reigniting a controversy over the 2003 covert operation by Russian special operations forces to remove Iraqi weapons — including chemical arms — and move them to Syria and Lebanon prior to the Iraq War.

John A. Shaw, a former Pentagon official who first disclosed the Iraqi-Russian collaboration to The Washington Times, said the agreement brokered by Moscow could resolve unanswered questions about the arms transfers.