We Survived the last Friday the 13th! But Can We Survive the Next Coronal Mass Ejection? 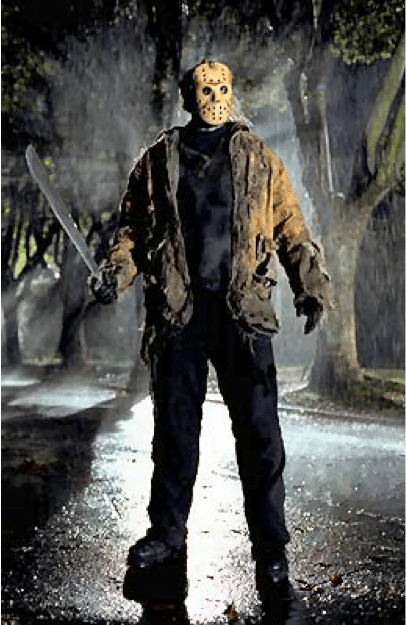 Last week, we saw multiple headlines warning of potential communication disruptions on Friday the 13th. Here is one from ABC News with an explanatory video:

Solar Flares Disrupt Communications on Earth, Could Send Shockwave on Friday the 13th

On Friday the 13th, we did reach a peak in a series of solar flares. And there was the potential to knock out the power grid of whatever part of the world that was unlucky enough to be facing the sun at the time. Fortunately, nothing disastrous happened this time. Just like in the classic horror movies "Friday the 13th , the danger will just keep coming back.

There are 5 different classes of solar flares; A, B, C, M, and X, with A being the weakest and X being the strongest. A and B class solar flares aren't strong enough to mess with anything here on earth or things floating in space. C class flares have the potential to cause Coronal Mass Ejections (CME). A CME is a giant burst of solar winds and magnetic fields that could potentially cause disruption in the Earth's atmosphere and earth's magnetic field. It would take a series of C class flares to create a weak CME. With the M class, however, there is the potential for more serious trouble. M Class flares erupted between June 11-June 13. These flares can knock out radios for a short amount of time but if accompanied by a CME can pose a threat to people on earth and the power grid, maybe knocking out the power for a short while and exposing people to a small amount of radiation. The strongest class, the X class flares, under the right circumstances have the potential to totally destroy our power grid and short circuit any electronic device that we use. Potentially, these can have effects similar to an ElectroMagnetic Pulse (EMP) Weapon.

Jonathan Strickland from www.howstuffworks.com explains how dangerous such a storm could be to our way of life in North America:

In 1859, an enormous CME caused massive magnetic fluctuations in the Earth's magnetosphere — the magnetic field surrounding the planet. People living as far south as Cuba witnessed the northern lights phenomenon. Compasses and telegraph systems failed. Scientists and academics debated the cause of all the commotion. We now know it was due to a CME. The CME was so massive that it caused what we call a solar superstorm.

Today, we depend much more heavily upon electronics and electricity than we did in 1859. If a similar solar superstorm were to hit us now, we'd be in trouble. The magnetic forces would induce electricity in any large conductor. That includes power transformers and the power grid itself.

That's not the end of the bad news. The power grid in North America operates at near capacity. It wouldn't be able to handle the increased electrical load from a solar superstorm. Power lines could sag and even snap as a result. Massive power outages could affect much of the continent. The magnetic fluctuations would interfere with radio signals, and communication and satellite systems would collapse as well.

It could take weeks or months to repair the damage. During that time, people would have no way to find out what was going on. Emergency services would face serious challenges. While the magnetic fields would probably not short out individual electronics devices like cell phones or computers, communications systems could fail regionally. In other words, small devices would still work but would lack the services they require to be useful. 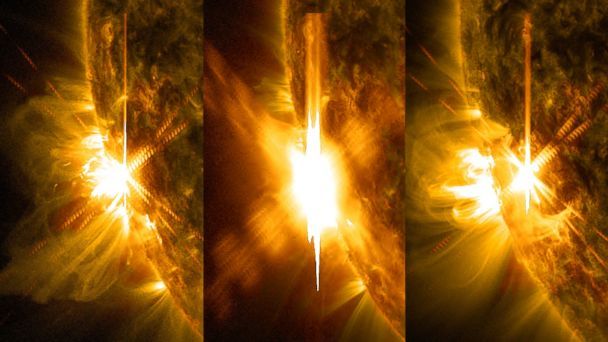 Exactly how serious could it be? An estimated 9 in 10 Americans would be at risk to lose their life if a Carrington-level event destroyed our electric grid according to recent Congressional Testimony as reported in The Free Beacon:

Witness: Could kill 9 in 10 Americans

Experts on Capitol Hill Thursday warned that an electromagnetic pulse (EMP) attack aimed at the nation's electrical grid could leave the majority of Americans dead.

The hearing, "Electromagnetic Pulse (EMP): Threat to Critical Infrastructure," before the House Homeland Security Committee's Subcommittee on Cybersecurity, Infrastructure Protection, and Security Technologies explored the effects an EMP would have.

"Some would say it's low probability, but the damage that could be caused in the event of an EMP attack, both by the sun, a solar event, or a man-made attack, would be catastrophic," said Rep. Michael McCaul (R., Texas). "We talk a lot about a nuclear bomb in Manhattan, and cybersecurity threat to the power grid in the Northeast, and all of these things would actually probably pale in comparison to the devastation that an EMP attack could perpetrate on Americans."

The issue is an urgent one, said Dr. Peter Pry, a member of the Congressional EMP Commission and executive director of the Task Force on National and Homeland Security, who testified that an EMP event could wipe out 90 percent of America's population.

"Natural EMP from a geomagnetic super-storm, like the 1859 Carrington Event or 1921 Railroad Storm, and nuclear EMP attack from terrorists or rogue states, as practiced by North Korea during the nuclear crisis of 2013, are both existential threats that could kill 9 of 10 Americans through starvation, disease, and societal collapse," he said.

To Continue Reading at The Free Beacon…

It is precisely because the Electric Grid is so important and also so vulnerable that it makes a target for Mother Nature as well as terror groups and rogue nations. There are efforts to protect the grid and they should be supported. Learn more at http://securethegrid.com.