We Told You: The Goal of al Qaeda is to Destroy Our Economy 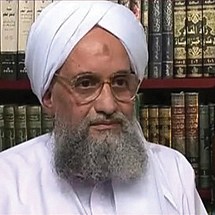 On September 11th, Ayman Zawahiri released a video that confirms everything we have been saying. Al Qaeda's target is our economy. Pure and simple. They want to hit targets that cause us to react by spending money. Beyond that, they want to destroy the U.S. dollar. By pushing Islamic nations to stop using dollars, Zawahiri is attempting to destroying the linkage between oil and the dollar. He knows that this would deal a near death-blow to the dollar's status as reserve currency of the world. Without such a status, it would be exceedingly difficult for our nation to retain a $17 trillion debt that has been growing by $1 trillion per year even with low-interest rates. If the petrodollar connection were broken, foreign demand for dollars would sink and interest rates would spike. This would worsen the deficit, and make it very difficult to fund the debt ongoing. Ultimately, the Fed would be forced to buy ever larger amounts of debt with printed money–creating an inflationary spiral. The currency would begin to collapse. This was bin Laden's goal and it remains in place.

Here is a link and excerpts from Zawahiri's message:

The leader of Al-Qaeda has called on Muslims to wage attacks inside the United States, to wreak instability that will "bleed America economically"

In an audio message released on Friday, two days after the anniversary of September 11th, Ayman al-Zawahiri said America was not a "mythic power" and that it could be defeated even through small-scale strikes by "one brother or a few of the brothers".

"We should bleed America economically by provoking it to continue in its massive expenditure on its security, for the weak point of America is its economy, which has already begun to stagger due to the military and security expenditure," he said, according to SITE, a jihadist monitoring group. "America is not a mythic power and the Americans, after all, are humans who can be defeated, felled and punished."

Zawahiri urged the Islamic world to "abandon the dollar and replace it with a currency of other countries that are not taking part in the aggression against us". He also said that Muslims should refuse to buy goods from America and its allies, as such spending only helped to fund US military action in Muslim lands.

To CONTINUE Reading at the UK Telegraph . . .

We have written about this before:

The goal is what we described as a Phase Three attack in our book Secret Weapon. It is also described as Petrodollar Warfare. From Wikipedia:

From Wikipedia, the free encyclopedia

The phrase petrodollar warfare refers to a hypothesis that one of the driving forces of United States foreign policy has been the status of the United States dollar as the world's dominant reserve currency and as the currency in which oil is priced. The term was coined by William R. Clark, who has written a book with the same title. The phrase oil currency war is sometimes used with the same meaning.

Most oil sales throughout the world are denominated in United States dollars (USD). According to proponents of the petrodollar warfare hypothesis, because most countries rely on oil imports, they are forced to maintain large stockpiles of dollars in order to continue imports. This creates a consistent demand for USDs and puts upward pressure on the USD's value, regardless of economic conditions in the United States. This in turn allegedly allows the US government to gain revenues through seignorage and by issuing bonds at lower interest rates than they otherwise would be able to. As a result the U.S. government can run higher budget deficits at a more sustainable level than can most other countries. A stronger USD also means that goods imported into the United States are relatively cheap, although any country benefitting from this position could also be seriously damaged if their currency were to appreciate significantly against other world currencies, particularly in exports which would become relatively more expensive for the rest of the world.

Another component of the hypothesis is that the price of oil is more stable in the U.S. than anywhere else since importers do not need to worry about exchange rate fluctuations. Since the U.S. imports a great deal of oil, its markets are heavily reliant on oil and its derivative products (jet fuel, diesel fuel, gasoline, etc.) for their energy needs. As the price of oil can be an important political factor, U.S. administrations are quite sensitive to the price of oil.

Political enemies of the United States therefore have some interest in seeing oil denominated in euros or other currencies. The EU could also theoretically accrue the same benefits if the euro replaced the dollar.

Here is how we described a Phase Three attack in a previous post:

Now, Zawahiri and al Qaeda do not, at present, have the capability to bring down the dollar. But remember they are not alone. Others are targeting the dollar as well:

The Myth of Dollar Permanence

Pakistan (and much of the world) is Turning Against the Dollar

Motive, Means, and Opportunity for the Next Attack In Place

BOTTOM LINE:  Even with bin Laden dead, al Qaeda continues to target our economy. They are not alone.