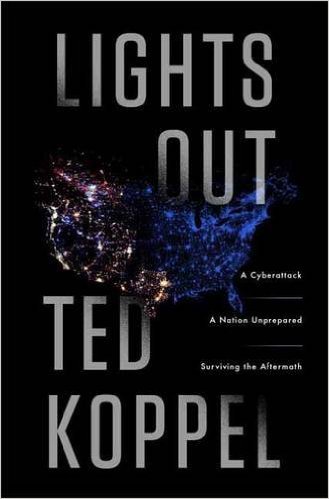 In our last post, we welcomed Mr. Koppel to the awareness of the threat to our electric grid. He got several things right. Salon reported on this and made a ridiculous statement to open their article:

Whether the threat is coming from abroad, across the border or, as is often the case in their fevered imaginations, both, conservatives tend to imagine themselves as America's hyper-vigilant protectors. That's one of the reasons why rising GOP star Sen. Tom Cotton, when he warned of a secret collaboration between the Mexican cartels and ISIS, was not laughed out of politics. (On the contrary, he coasted his way to a blowout victory.) And it's one of the reasons why a cartoonish warmonger — or "noted death walrus," as Jeb Lund once called him — like John Bolton is still regarded by many conservatives as a foreign policy savant.

Yet for all the GOP's tough talk on national security, there's one threat to national security that Republicans have barely talked about. It's a big one, too: An attack on the nation's power grids, which are responsible for sustaining so much of the technology that defines life as we know it. And according to the celebrated, award-winning and legendary journalist Ted Koppel's new book, "Lights Out: A Cyberattack, A Nation Unprepared, Surviving the Aftermath," an attack on America's power grids is, unlike the cooperation between ISIS and the Sinaloa, a real possibility.

While we addressed the second paragraph for its disingenuous, partisan falsehood, we should have hammered back on the first as well. The attack on Senator Cotton is ridiculous. There is a very real risk of terrorists using a porous southern border. To think otherwise is naive at best. And, indisputably Ambassador Bolton is a genuine foreign policy expert. Whether you agree with him or not, you should give the man his due.

As for the second statement, that no one has been shouting about risks to the Power Grid, take a look at the following website and then review the embedded videos. 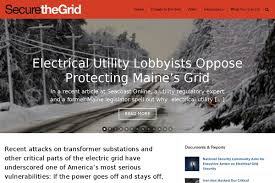 This website is a literal "one-stop shop" where you can view a list of recognizable coalition partners and experts who have been speaking out, read the reports and view articles written, see videos from noted experts, get a great overview of the problem, and learn how you can help.

Here is an additional three-minute video that provides a great overview and features experts speaking out well before Ted Koppel's book was released. The experts are from both sides of the political spectrum, contrary to Salon's false assertion. Listen to experts including a former CIA Director for Clinton (Jim Woolsey) and a former Reagan DoD official (Frank Gaffney). As Mr. Gaffney says, "This is the ultimate trans-partisan issue."

The Blaze, Glenn Beck, and For the Record have also taken a lead in reporting threats to our grid. The following two-minute "short" demonstrates a thorough awareness of how our grid is vulnerable.

We are glad Ted Koppel has recognized the cyber threat to the grid. It is helpful in informing the portion of the public brainwashed by mainstream media. But shame on Salon for trying to use this revelation of a non-partisan risk to attempt a partisan attack.