What Does China Know? 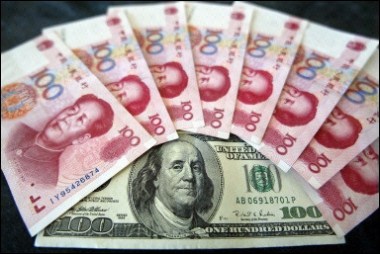 Recent revelations of how China has been investing are quite enlightening. It is not that China has really increased or decreased their investments in America. But, it has become very clear that the Chinese have dramatically shifted their investment focus. Understanding this change is key to recognizing the risks they believe we are facing.

Previously, China's extraordinary currency reserves (now over $3 trillion) have been largely invested in U.S. Treasury securities. Such ownership would indicate a confidence in the U.S. dollar. Now, however, we are seeing strong signals that the Chinese are slowing their purchase of government bonds and ramping up the purchase of other American assets.

We have predicted that this would be the case. In fact, we believe it may well be the plan staring a bit early. For one thing, the Yuan has strengthened substantially against the dollar, even as the dollar has held its own against the very weak Euro and Yen. In fact, the Yuan just hit another (post-peg) record high:

The Chinese currency Renminbi, or yuan, strengthened 80 basis points to a record high of 6.1867 against the US dollar on Friday, according to the China Foreign Exchange Trading System . . .

Many top economists expect the Yuan to continue appreciating and even achieve major trading status, displacing the Yen. Excerpts from a Forbes article this week:

By 2015 the Chinese currency, the renminbi (RMB), will be one of the three most traded currencies in the world, on par with the euro and the dollar, HSBC said on Friday . . .

In volume terms, HSBC expects RMB to become one of top three globally traded currencies by 2015, and within five years, it could be fully convertible . . .

The HSBC report adds to the sentiment that the RMB will continue to strengthen against the dollar and euro, and investors love positive sentiment and momentum . . .

"The internationalization of the RMB is really moving along at a faster clip than anyone expected," said Nicolas Jaquier, an economist at Standard Life Investments in the U.K. . . .

[To CONTINUE READING at Forbes….]

As the Yuan strengthens, it makes American bonds less attractive as they will pay back in weaker dollars in the future. But, a declining dollar makes American assets look cheap to Chinese investors. All of this is playing out as evidenced in two articles from CNBC. The first, which we have excerpted here, explains that there is declining interest in U.S. Government bonds:

Are Treasurys Falling Out of Favor With China?

Reports that China may step up the diversification of its huge foreign exchange reserves is not great news for U.S. Treasurys, already under pressure from talk about an easing in the Federal Reserve's bond-buying program. But, the fall-out from such a move is likely to be limited, analysts say.

The body that manages China's currency reserves has set up an operation in New York to invest in private equity, real estate and other assets as it steps up its diversification away from U.S. government bonds, the Wall Street Journal reported late Monday, citing sources familiar with the move.

(Read More: When Will China Join the Global Stocks Party?)

China has the biggest currency reserves in the world, worth more than $3 trillion. It's also the biggest holder of U.S. government debt – no surprise then that in recent years any talk that it might unwind some of those bond holdings has led to some nervousness in markets . . .

[To CONTINUE READING at CNBC…]

The second explains that there is growing interest in American non-bond assets:

Forget the Headlines: Chinese Buying Big in US

The Chinese are making headlines around the word for hungrily acquiring energy and resource companies in countries such as Canada, Africa and Latin America.

In the United States, the single largest Chinese investment to date is far more mundane: movie theaters. And to a large extent, that type of acquisition explains the broader story about China's strategy when it comes to U.S. investment . . .

(Read More: Proudly Built in the USA—by the Chinese)

It is either a testament to the tenacity of the Chinese, or simply a reflection of the gobs of money they have, that despite all the negative headlines, Chinese investment in the U.S. hit an all-time record in 2012 . . .

[To CONTINUE READING at CNBC…]

Now, add to this the fact that the Chinese have become huge buyers of GOLD as reported in Forbes last month:

Spurred by a sudden drop in prices, Asians in the last two weeks have gone on a gold-buying binge.  The Indians, the world's largest net importers of the yellow metal, have been snapping it up . . . [To CONTINUE READING at Forbes…]

We have explained that even as a currency loses value, investors can shift into assets that will do well. That appears to be what China is doing now. Should we follow their lead?