What Happens in Paris DOESN'T Stay in Paris (Part 2) 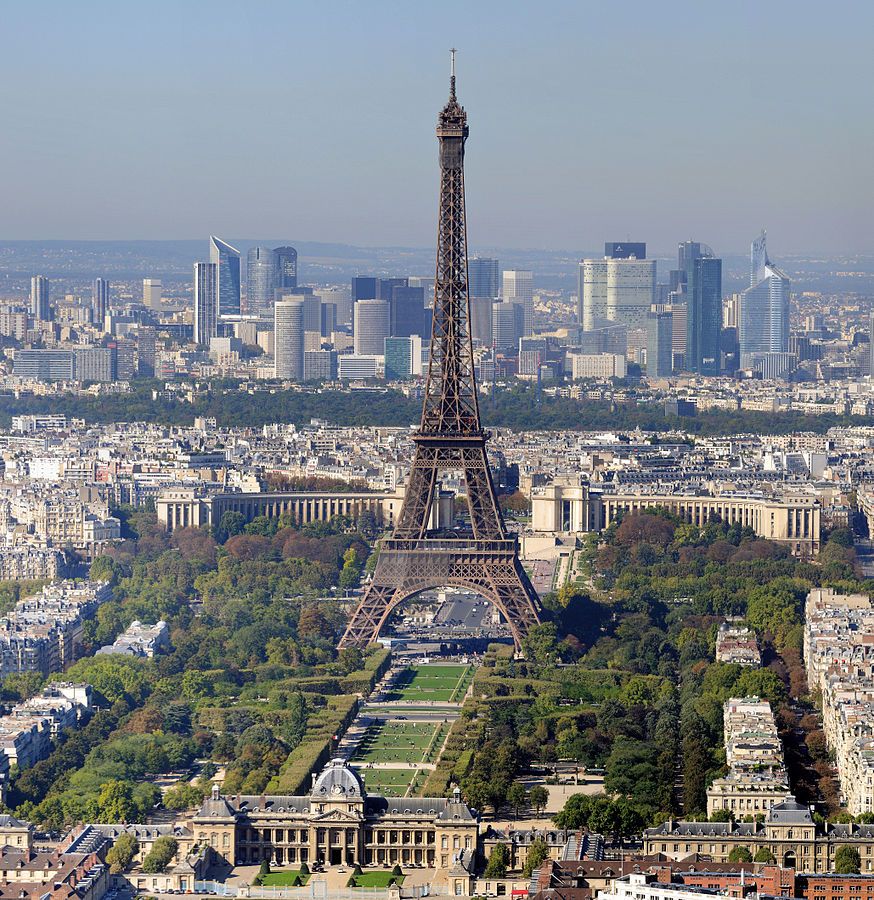 In our last post, we made a few key points that are already bearing out. This is a quick update.

First, we know that terrorists have previously crossed as refugees into America. Don't say it can't or won't happen. It already has. Al Qaeda operatives posed as refugees and entered the United States. They were caught attempting to buy heavy weapons. They weren't screened out as promised. And, in their case, we were screening and had them on watch lists, having been caught for crimes in Iraq. They got through anyway. If they hadn't participated in an FBI sting operation and had worked with legitimate weapons smugglers, the outcome could have been tragic. We are very fortunate to have caught these men.

Second, we have reports of Syrians crossing the border illegally, not even as refugees. There were eight caught at the Texas border. While there is no way of determining the intentions of those crossing, the fact that they are doing so illegally does not inspire confidence.

Third, ISIS has directly threatened the United States as we said they would. They even made a slick promotional video showing plans to hit New York City (that can be seen here).

Fourth, while the damage economically to Europe is severe, the cost to ISIS was likely around $10,000. This is the bin Laden style of warfare–death by 1,000 cuts. Bin Laden was proud that the 9/11 operation cost around $100,000 to al Qaeda and trillions of dollars in response by the United States and the West.

Fifth, despite the President's contention that ISIS is contained, terror incidents, death tolls, and financial costs have risen sharply this year to new all-time records. From CNBC:

"The number of people killed around the world by terrorist attacks rose by 80 percent last year, to 32,658 people in 2014, compared with the 18,111 in 2013, the Institute for Economics and Peace's global terrorism index found…..
The economic toll of terror attacks is also building, reaching its highest level ever in 2014 at $52.9 billion, up 61 percent from the previous year, as terror attacks hit infrastructure and led to international investments being pulled from affected countries."

Sixth, while we there are four million Syrian refugees (with many flooding to the West), and despite our spending billions of dollars to train fighters there, we have only been able to recruit four total soldiers to fight ISIS. As Chris Matthews points out, we have been only able to turn one in a million to our side. Maybe we've been going about things the wrong way.

Seventh, the financial markets have largely ignored the attacks. But the possibility of something truly horrific remains out there. As we warned, ISIS has been attempting cyber attacks on critical infrastructure. they only have to be successful once for the consequences to be catastrophic.

From a commentary by Dr. Peter Vincent Pry yesterday in the Washington Times:

ISIS could kill millions by switching off America's power

First, the Islamic State, or ISIS, is planning more attacks against Europe and also the United States. ISIS-affiliated websites threaten that Washington, London and Rome will be attacked next and that their preference is "to taste American blood."

Second, ISIS is adept at waging asymmetric warfare. Their goal is to leverage their limited resources and get the "biggest bang for the buck" by spectacular acts of terror that will psychologically demoralize the civilized world. The victims of Paris are not only the 129 killed and 352 injured, but millions worldwide who were witnesses through mass media.

Third, the combined intelligence resources of the United States and Europe, and police and security forces even when on heightened alert as they were in Paris, cannot prevent every act of spectacular terrorism. ISIS, al Qaeda or other terrorist groups will, sooner or later, achieve another surprise attack.

Therefore, one of the most important parts of U.S. counterterrorism strategy must be to anticipate and protect our nation's greatest vulnerabilities in order to defeat terrorism's strategy of asymmetric warfare.

However, the Department of Homeland Security has neglected to protect the United States from an even graver threat posed by the vulnerability of the national electric grid.

America is an electronic civilization. Electricity sustains the economy and the lives of more than 300 million people. A terror attack that collapses the electric grid would black out all the life-sustaining critical infrastructures — communications, transportation, business and finance, food and water — in effect, hitting the "off switch" for the entire nation.

No less than two congressional commissions, the EMP Commission (2008) and the Strategic Posture Commission (2009), and numerous independent studies, including the recent books "Lights Out" and "Blackout Wars," warn that an attack on the grid that causes a protracted blackout could kill millions. It would be the ultimate asymmetric threat.

Terrorists armed with rifles could cause a protracted blackout of the North American electric grid. According to a study by the U.S. Federal Energy Regulatory Commission, a terror attack on just nine key transformer substations could black out the nation for 18 months.

Terrorists already know about and have exploited grid vulnerability in attacks on other nations.

The Knights Templars drug cartel used explosives to temporarily black out Michoacan in Mexico, plunging 420,000 people into the dark so they could execute local leaders opposed to the drug trade on Oct. 27, 2013. Al Qaeda in the Arabian Peninsula temporarily blacked out the entire nation of Yemen, 16 cities and 27 million people, on June 9, 2014. Terrorists blacked out most of Pakistan — a nuclear weapons state — on Jan. 25.

Terrorists might be able to black out the grid with cyberattacks. Turkey experienced a highly disruptive temporary blackout, reportedly from an Iranian cyberattack, on March 31.

The worst threat to the grid would be from a high-altitude nuclear electromagnetic pulse (EMP), which would cause the most widespread and deepest damage to the critical infrastructures. The EMP Commission warned that terrorists armed with a single primitive nuclear weapon and short-range missile, or even a high-lift balloon, could inflict an EMP catastrophe.

North Korea apparently practiced a nuclear EMP attack in April 2013, orbiting its KSM-3 satellite on the optimum trajectory and altitude to evade U.S. national missile defenses and place an EMP field (if the satellite were a nuclear warhead) over the 48 contiguous United States. The KSM-3 still passes over the United States every few days.

The good news is that the grid can be protected against even the worst threat, nuclear EMP attack, for about $2 billion — and this would mitigate all the lesser threats, including from sabotage, cyberwarfare and severe weather.

Awaiting passage in the House is the Critical Infrastructure Protection Act (H.R. 1073), a bill to protect the electric grid, sponsored by Republican Rep. Trent Franks of Arizona. Republican Sen. Ron Johnson of Wisconsin has introduced a similar bill (S. 1846).

In the aftermath of Paris, isn't it time to protect the grid?

• Peter Vincent Pry is executive director of the Task Force on National and Homeland Security and served in the Congressional EMP Commission, the House Armed Services Committee, and the CIA.

Finally, from someone we really respect and have worked with in educating the Defense/Intelligence establishment regarding economic warfare, Lt. General Mike Flynn (retired former head of the Defense Intelligence Agency), the current Administration policies are "100% wrong." General Flynn was among those who shared that ISIS was not a "JV team" as the President said last year. He boldly warned that ISIS was a real and growing threat despite the Administration's denial and was essentially fired shortly afterward. Just before the Paris attacks, the President claimed "ISIL (ISIS) is contained."

After the attacks, he called the horrific tragedy as a "setback."

The following Sean Hannity video shows both the President's "setback" remark and then an interview with General Flynn.

Put this all together and you realize that ISIS is NOT contained. They are coming to the United States. And they have plans to do mass damage. This is economic warfare and fits their timeline strategy.