What More Proof Do We Need? Preparing an American Response

There is an economic war underway. You can see it in the cyber attacks. You can see it in regard to oil prices. You can see it in financial markets and sanctions and currencies. We are at war on multiple fronts with various parties. The usual suspects are all there–Russia, China, North Korea, Iran, radical Jihadists like ISIS and al Qaeda. Because this is a new kind of war, there are even efforts by sometimes allies (like Saudi Arabia), who seemingly have declared war on parts of America (like our shale industry).

There were two headlines today that demonstrated what we have been saying. The first was a Justice Department notice that a Russian spy was arrested and a spy network disrupted. It's like something from the Cold War. Based on intercepted communications, the spy was bored. He wanted to be James Bond. That, is interesting in itself. But when you dig deeper, you learn that his purpose, masquerading as a Russian banker, was really to probe the financial system and look for weaknesses. He seemed particularly interested in how to destabilize the stock market. Consider these excerpts from an article in Mother Jones:

On Friday, federal prosecutors in New York filed a complaint accusing three men, Evgeny Buryakov, Igor Sporyshev, and Victor Podobnyy, of spying for Russia. Buryakov, who was arrested in the Bronx on Monday, allegedly posed as a Russian bank official while working for Russia's intelligence service, the SVR. According to the 26-page complaint, which was unsealed Monday, Buryakov had a good reason to choose that cover: He was interested in learning about high-speed Wall Street trading, automated trading algorithms, and "destabilization of markets."

This is a real threat. As I reported in 2013, markets have become dramatically faster in the years since the collapse of Lehman Brothers. Automated trading algorithms can buy and sell financial products in less time than it takes you to blink. Markets move way too fast for regulators to monitor. On August 1, 2012, rogue computer code at Knight Capital ran for 45 minutes before anyone at the firm could stop it. By the end of the day, the company was insolvent. And that was just "a canary in the mine," says Michael Greenberger, a University of Maryland law professor and former regulator at the Commodity Futures Trading Commission (CFTC). The big worry is trading algorithms causing "a series of cascade failures," warns Bill Black, another former regulator. "If enough of these bad things occur at the same time, financial institutions can begin to fail, even very large ones." [To CONTINUE Reading at Mother Jones]

Now, recall that the Russians have hacked NASDAQ. Recall how a Russian national was convicted (although later acquitted) of stealing trading algorithms from Goldman Sachs. Goldman thought that this action was a serious risk to their firm and presumably the markets. Even if the taking of the codes was innocent, the fact that they could be taken is real. And, the reality that taken codes could destabilize the market is frightening. In the wake of the "flash crash" of 2010, we must admit that our markets could be taken down by enemies. General Keith Alexander admitted as much as head of the NSA.

Does anyone doubt that Russia believes we are in an economic war against them?

Does anyone doubt that our sanctions and lower oil prices are crushing the Russian economy?

Please recall that the Russians made it clear that they WOULD retaliate. We covered this before in this Blog:
Why is Putin smiling?

So, is our economic warfare against Russia achieving the desired effect? If the goal is to hurt the Russian economy, the answer is a clear YES. But, if the purpose is to get Russia to capitulate, at least so far the answer is NO. Recent reports indicate that the Russian people support Putin and view this as a war by immoral America against a moral Russia. Reports like the one about a daughter planning to legally wed her father (apparently some states allow this) seem to support Putin's claim that America is an immoral society. The Russian people have responded by promising to reduce their food intake if necessary to win this battle. Remember, these are the same people who withstood Hitler's armies.

Now, we must prepare for retaliation and yesterday's spy capture simply reinforces that reality. There should be no doubt that other retaliation measures, some perhaps benign and others potentially catastrophic, are in the works.

The second headline is less sensational but equalling confirming of what we have been sharing. It has now been documented that Russian companies have been supporting the domestic environmental movement to the time of millions of dollars. From the Free Beacon:

The overlap between executives at firms with ties to Russian oil interests and a multi-million-dollar donor to U.S. environmentalist groups has some experts worried that Russians may be replicating anti-fracking tactics used in Europe to attack the practice in the United States.

[To CONTINUE Reading at Free Beacon]

This isn't a surprise to our Blog readers (or anyone who has taken a moment to think about it). But now we have some specificity in understanding how the money flows. It is really fascinating and the implications are very serious.

Consider that environmental groups almost ended West Texas fracking by having the sand dune lizard declared endangered (never mind that it isn't close to trouble). Without American fracking, oil might be $150/barrel, not under $50 right now and Putin would be sitting pretty. Environmental groups were successful in getting fracking banned in Denton, Texas. And now, there's a push to eliminate Alaskan oil by declaring permanent Wilderness areas. Sadly, Americans seem willing to go along with putting our domestic energy out of reach because prices are low. No wonder Putin is smiling. He knows that if his people can outlast the American attention span and Saudi Arabia's financial reserves, Russia can win this economic war.

Today's headlines underscore two of the key points we have been making for years, providing further proof of the cyber-economic war underway. Unless we wake up to this reality, however, we will be destined to lose.

There is some good news. Some Americans want to demonstrate the three legs of national success to the world. President Reagan strengthened America with 1) strong national defense 2) free-market economics (with an emphasis on entrepreneurship and investing) and 3) strong moral courage based on a Judeo-Christian value system. Washington seems to have forgotten these principles as has the national media. But heartland Americans have not. I'm privileged to be part of a world-class team that recognizes how we have decayed in all three areas. So, in response, we have begun to educate financial advisors regarding the serious economic security threats we now face. This was the inaugural training class for the National Security Investment Consultant (NSIC) Institute. We were joined in this effort by some of the top national security minds in the world. And, we operate under and hosted our initial training at Oklahoma Wesleyan University, a true shining light of Christian education that teaches truth. You can see a one-minute recap video here:

NSIC-Highlights-Nov 2014 from Eterne Films on Vimeo.

This effort, although just beginning, has not gone unnoticed. One article was written by Mark Martin for CBN.com and others will come. There will be a featured segment on The 700 Club Wednesday, January 28, 2015 (see local listings for time and channel or watch in show archives). Segment starts at 16:20.

We know from our efforts over the past few years that most Americans, once educated about cyber-economic warfare threats, are concerned about what to do with their money. We also know, from decades of experience in the industry, that most advisors don't understand these threats but are open to learn. This is especially true when they understand that their clients want an educated advisor. This blends investing and national security in a powerful way, intending to both protect America and the wealth of American investors. Most importantly, the effort is built on a foundation of Biblical morality and spiritual truth. If it is only about money, we lose.

To paraphrase President Lincoln from 1863, we better get right with God: 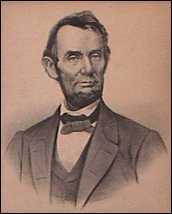 By the President of the United States of America.

Whereas, the Senate of the United States, devoutly recognizing the Supreme Authority and just Government of Almighty God, in all the affairs of men and of nations, has, by a resolution, requested the President to designate and set apart a day for National prayer and humiliation.

And whereas it is the duty of nations as well as of men, to own their dependence upon the overruling power of God, to confess their sins and transgressions, in humble sorrow, yet with assured hope that genuine repentance will lead to mercy and pardon; and to recognize the sublime truth, announced in the Holy Scriptures and proven by all history, that those nations only are blessed whose God is the Lord.

And, insomuch as we know that, by His divine law, nations like individuals are subjected to punishments and chastisements in this world, may we not justly fear that the awful calamity of civil war, which now desolates the land, may be but a punishment, inflicted upon us, for our presumptuous sins, to the needful end of our national reformation as a whole People? We have been the recipients of the choicest bounties of Heaven. We have been preserved, these many years, in peace and prosperity. We have grown in numbers, wealth and power, as no other nation has ever grown. But we have forgotten God. We have forgotten the gracious hand which preserved us in peace, and multiplied and enriched and strengthened us; and we have vainly imagined, in the deceitfulness of our hearts, that all these blessings were produced by some superior wisdom and virtue of our own. Intoxicated with unbroken success, we have become too self-sufficient to feel the necessity of redeeming and preserving grace, too proud to pray to the God that made us!

It behooves us then, to humble ourselves before the offended Power, to confess our national sins, and to pray for clemency and forgiveness.

Now, therefore, in compliance with the request, and fully concurring in the views of the Senate, I do, by this my proclamation, designate and set apart Thursday, the 30th. day of April, 1863, as a day of national humiliation, fasting and prayer. And I do hereby request all the People to abstain, on that day, from their ordinary secular pursuits, and to unite, at their several places of public worship and their respective homes, in keeping the day holy to the Lord, and devoted to the humble discharge of the religious duties proper to that solemn occasion.

All this being done, in sincerity and truth, let us then rest humbly in the hope authorized by the Divine teachings, that the united cry of the Nation will be heard on high, and answered with blessings, no less than the pardon of our national sins, and the restoration of our now divided and suffering Country, to its former happy condition of unity and peace.

In witness whereof, I have hereunto set my hand and caused the seal of the United States to be affixed.

Done at the City of Washington, this thirtieth day of March, in the year of our Lord one thousand eight hundred and sixty-three, and of the Independence of the United States the eighty seventh.

Your action items is first to read Lincoln's proclamation and then prayerfully consider 2 Chronicles 7:14. We must get right with God (requiring repentance) if we are to survive as a people. Then, check out the NSIC Institute and encourage your advisor to get involved. This is our free-market, private-enterprise approach to fight the economic war.