When Chinese Investment is Unrestricted Warfare 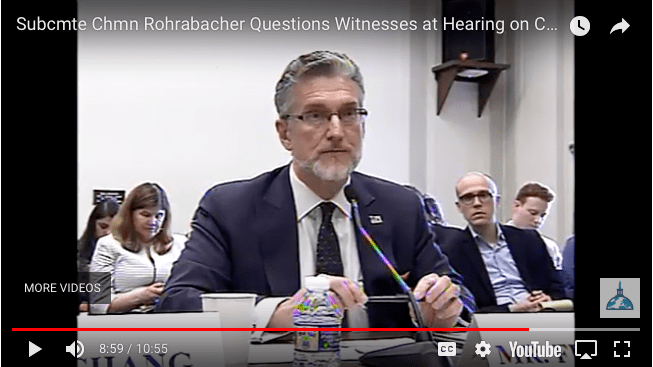 Last week, I had the opportunity to join Gordon Chang and Phillip Le Corre in addressing a Congressional subcommittee hearing of the House Foreign Affairs Committee. The topic was Chinese Investment and Influence broadly but also the impact in Europe specifically. The Chairman was Congressman Dana Rohrabacher who offered the following statement describing the purpose:

Chairman Rohrabacher on the hearing: "For some time, communist China has manipulated its trade arrangements with the West. Additionally, China steals American intellectual property, manipulates currency, and influences our information environment. China's ‘One Belt, One Road,' which projects China's activity into Europe, is part of a greater grand strategic plan to become dominant by conducting economic warfare against the West. This hearing will expose hostile Chinese tactics and intentions as it becomes an ever-larger investor inside Europe as part of this overall strategy."

A video of the hearing can be seen here:

There wasn't a lot of press coverage other than Chinese language outlets such as The Epoch Times and New Tang Dynasty Television (NTD). 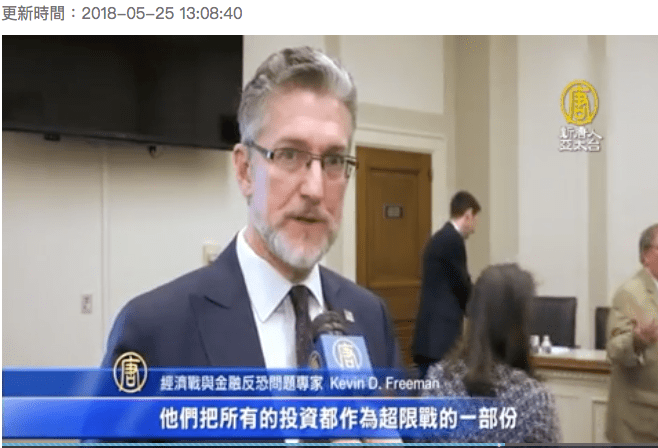 The bottom line is that China is rapidly deploying investments around the world for geostrategic reasons. Chinese money cannot be viewed as pure investment. There are always strings. In fact, over the past couple of days, we have seen press reports that demonstrate this fact.

Here are a few examples from around the world. First, Australia…

Chinese loans worth hundreds of billions of dollars are saddling Australia's smaller regional neighbours with unsustainable debts and giving Beijing crucial economic leverage to gain strategic and military power, warns a new independent report written for the US State Department.

The paper, obtained by The Australian Financial Review, says Papua New Guinea has "historically been in Australia's orbit" but there is alarm that PNG has been "rapidly taking on Chinese loans it can't afford to pay and offers a strategic location in addition to significant LNG and resource deposits".

Former foreign minister Gareth Evans is quoted in the 40-page paper as characterising Laos and Cambodia as "wholly owned subsidiaries of China." [CONTINUE READING at AFR…]

The EU is on alert for Chinese attempts to drive a wedge through the bloc as more states on the periphery line up to join the European fold, diplomatic observers and sources said.

Diplomatic observers said the European Union was wary of China's growing investment in the Balkans, central and eastern European countries and poorer EU members – which Beijing sees as gateways into the more developed European market – as it threatened unity and solidarity.

In her second warning in a fortnight against China's interference in Europe, German Chancellor Angela Merkel said on Tuesday that EU member states involved in Chinese infrastructure projects should maintain the bloc's foreign policy stand on China. [CONTINUE READING at Business Insider.]

Chinese investment in Africa could be accelerating debt on the continent and creating economies which are "entirely dependent on China", according to financial experts.

But as leaders gather in Beijing for China's Belt and Road Summit this week, under the banner of President Xi Jinping's flagship policy, experts have warned that this level of investment may not be as rosy at it appears. [CONTINUE READING at the Independent…]

Even Silicon Valley feels a threat as China narrows the technology gap through investments, R&D, and Intellectual Property (IP) theft:

A surge of new money from China and the rest of Asia helped drive funding totals to the stratosphere and transformed the venture landscape. Last year Asia directed 40 percent of the global total versus 44 percent from the United States.

China's share was 24 percent, according to Dow Jones VentureSource. Just a decade ago China's share of VC spending in start-ups globally was less than 5 percent. [CONTINUE READING at CNBC…]

The point is this:  What we see as a marketplace, our enemies view as a battle space.

We must wake up to the fact that we are in a global economic war. This is a war that will determine who controls the rest of this century. As I pointed out in my testimony, the next decade will be critical.