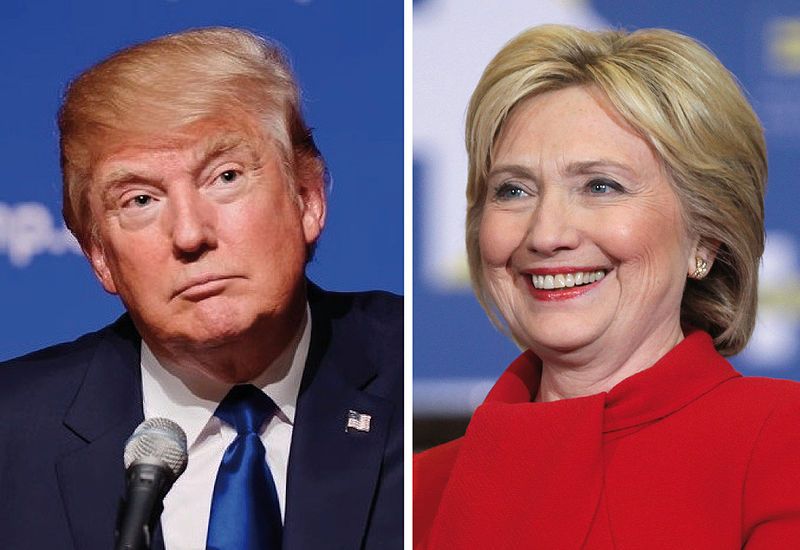 Every election is called the most important in our lifetime. This time, it is true. Our future is on the line and the final votes will be counted Tuesday. The question is, who will determine our future?

According to the 15th Amendment of the Constitution, the citizen's right to vote is sacred. But what happens when non citizens want to determine our future? The President has warned that Russians want to place one candidate in office. That would be a disaster. But that same President appears to be encouraging non citizens, aka "undocumented immigrants," aka "illegal aliens," to vote (or at least suggesting that they wouldn't get caught). He appears to guarantee that there won't be any pesky issues if they do (like facing deportation). Since Secretary Clinton seems to favor open borders, this seems to suggest that our nation can be overrun and the invaders are welcome to take over our government through the political system.

Snopes claims that there's no way that the President is encouraging illegal voting. He is simply saying that legal citizens can vote without fear of deportation (for themselves or their relatives). But between the lines, he also appears to be suggesting that non citizens won't be caught if voting. I have posted the entire video so as not to be accused of taking anything out of context.

When you couple that with this revelation from none other than the Washington Post, there is an argument that non citizens can swing the election. And the President does nothing to discourage that.

Could non-citizens decide the November election?

That is startling. Almost unreal. We have already documented that enemies of the United States use immigration as a means of economic warfare. Here are some examples:

We believe that only legal citizens in a nation should be allowed to determine that nation's future. Russia should not hack our election and non-citizens should not steal it. We know that there have been attempts to hack the election in 20 states and this is serious.

We are hoping, actually praying, that well-informed Americans will use wisdom and vote properly in a fair election. In order to do our part, this Blog is designed to inform citizens on one of the most crucial issues we face: the risks of global cyber-economic warfare. To that end, we will examine the candidates for President, their positions on issues, the people surrounding them, and whether or not they will make our nation more safe or less safe if elected. After the election, we will report back on what we think should be done in light of the results.

Now to the analysis.

Today, FBI Director Comey proclaimed in a letter to Congress that she will not be submitted to prosecution. While her team is claiming she has been exonerated, that is simply not the case. Of course, this means Comey is a good guy once again. He was evil for about a week when he realized that earlier investigation was incomplete. But now he has given the "all clear" once again and he's OK.

The reality is that the FBI Director overstepped his bounds in determining whether or not Secretary Clinton should be subjected to prosecution. He was thrust into that role because the Attorney General had been clearly compromised in a scandalous and clandestine meeting with former President Clinton that had been revealed to the public.

While Comey's opinion differs from many other career prosecutors, one thing is true. The FBI clearly found that Secretary Clinton was careless in handling classified information.

We have since learned more about just how careless she had been. For example, we learned today that Secretary Clinton allowed her maid, without clearance, to access some of the most secret documents including the President's Daily Briefing. This is unimaginable. How hard would it be for a foreign intelligence agency to place an employee in such a position, or to compromise one already there? There is a reason that it is a crime to provide access to classified data to those without government clearance.

We also know that Secretary Clinton played fast and loose with her own email access. How many agencies hacked her private server? There is a 99% chance one or more did. Can we really afford someone so careless to be the Commander-in-Chief when the next war will be clearly be cyber in nature? This is the woman who tried, with a straight face, to claim that "wiping a server" is done with a cloth. Is she ignorant? Or attempting to deceive the American people, knowing full well that her team "bleach bit" her server to prevent the people from knowing the truth. The reality is that she placed her personal secrecy above the nation's security. This isn't a mistake. It is a pattern. Sadly, this suggests she is disqualified from an economic warfare perspective.

There are other serious concerns. For one, the Clintons hid a large donation from Qatar, despite being aware that Qatar has been funding ISIS. We have documented how Qatar was involved in the 2008 financial crisis. How could we elect a President beholden to Qatar?

Worse than that, however, may be the fact that George Soros, essentially called a financial terrorist by the Chinese authors of Unrestricted Warfare, has been supporting Clinton. Here is a little background on Mr. Soros.

Wikileaks actually shows that Soros has given "marching orders" to Clinton. For those concerned with economic warfare, that is a sufficient argument to oppose Clinton by itself.

Beyond that, we have the "pay to play" aspect of the Clinton Foundation that suggests Team Clinton can be bought. It is important to recognize that these allegations were NOT dismissed by Comey.

One of the most egregious examples involves Russia and uranium as reported in the New York Times.

The Doug Band emails are particularly damning.  Doug knew it since he said "if this gets out we are all screwed."

Of course, there is always the Iran deal tied to Clinton and Obama in which we are giving them billions, paying ransom for hostages, and welcoming them back into the global financial system. This is a disaster of a deal.

Of course, there is also the issue of overregulation. We believe Clinton would seriously worsen the problem, further hamstringing American economic growth.

Then, we have the serious questions about the people around Secretary Clinton, like Huma Abedin and her husband Anthony Weiner. Face it, there are so many strange things surrounding that family and their long-term relationship with the Clintons.

Are there any positives with Hillary Clinton? Well, the market has clearly been signaling that it would prefer her to win. Wall Street appears to fear a Trump victory. And Wall Street firms clearly prefer Clinton.

From a cyber-economic warfare perspective, however, she may be a nightmare.

Donald Trump comes with baggage. There's no doubt about that. He is a novice in government service. He may have Russia ties. All of those are possibly serious negatives. Would he react impulsively?

We are not judging here based on moral issues. Our analysis is based on cyber-economic warfare risks.

There has been a claim that Russia has hacked the Clinton team emails and given them to Wikileaks to influence our election. Does this mean that Trump is in bed with Putin? Actually, even according to Reuters and the FBI that may be a big stretch. If true, it would be a major problem but we aren't so certain.

One reason that we aren't so sure has to do with economic warfare. Trump has promised an "all of the above," pro-fracking energy policy. That is what Moscow fears the most. Putin hates fracking.

We don't dismiss Russia concerns. But remember that it was Clinton and Obama who promised a "reset button." Obama offered Putin "more flexibility" after his reelection. In other words, "talk strong" before the election and then go easy after. Sort of like the Syria "red line."

If Trump were somehow in Putin's pocket, this would be disqualifying. But we don't really have any evidence of that except that the two have made positive statements about each other. Does this mean Trump would rollover to Putin? We don't believe so, based on the national security team surrounding Trump. And, it is not his nature. But we are certain that Soros and Clinton Foundation donors in the Middle East have great sway over Clinton.

The team around Trump includes Lt. General Mike Flynn (Obama's DIA head for several years) and former Bush Administration DoD Inspector General Joe Schmitz. I know both of them pretty well and can vouch that neither would rollover to Putin. Of course, the left-wing media has gone out of its way to attack both with many false accusations.  There are many other senior military leaders supporting Donald Trump. I know several of them.

The key with Trump is that he has an "America first" attitude. Perhaps Putin respects that. But Putin sides with China and the Chinese clearly prefer Clinton.

Overall, our conclusion with Trump is that there may be multiple unknowns. But we trust the team around him. He has not disqualified himself with carelessness over emails. He puts America first. He promises a better job negotiating trade deals. Is he an ideal candidate? No. No one is. But he is potentially a very good one. If he puts America first as promised and adopts growth-oriented policies, our economic position would strengthen dramatically.

Unfortunately, we have to compare an unknown with a certain risk. We choose the unknown with multiple hopeful signs. We believe that from an economic warfare perspective, Trump is the far better choice. Clinton is too vulnerable on too many fronts. She will continue the failed policies of the past eight years and add new threats. Her feigned ignorance of cyber security (in order to protect her privacy) is enough to draw a conclusion.

There is one final matter we need to discuss. The Administration has been telling us that Russia wants to hack our election. They have also promised retaliation if that happens. This could be the start of open cyber hostilities. Never forget, we are already in a global cyber-economic war. The election could be an excuse for escalation and that is something to be concerned about.

More to come after the votes are counted…..