Who is Behind the Occupy Movement? 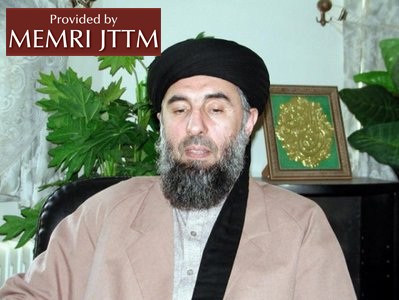 The reality is that the domestic Occupy movement is very much like the Arab Spring in several key ways:

1) Both are anti-Capitalist. In the case of Occupy Wall Street, it's fairly straight forward attacks on "the 1%."  The protesters openly admit a desire to bring down the capitalist system. In Egypt, it is more "pro-Sharia," which turns out to be anti-capitalism.

2) Both are anti-Jewish. The movement in Egypt has been clearly anti-Israel with polls showing a desire to end the peace treaty. The Occupy movement has had elements blaming the economic woes on Jewish bankers. One of the Occupy Miami leaders has been linked to a "Nuke Israel" rally according to reports.

3) Both the Arab Spring and the Occupy movement are made up of absolute idealogues (attempting to use the movements for political aims) as well as less informed disaffected individuals simply wanting to protest because they are upset. We would say that the movements have been hijacked but that's really not the case. The leadership appears fully aware and complicit with the underlying agenda. It is the membership that has been deceived. How else could you explain Egyptian feminists working with the Muslim Brotherhood to remove Mubarak?

We've reported on this topic since before the Occupy movement formally started. It was planned by leftist labor unions and intended to crash the stock market. Few of those participating seem to understand that the stock market crash would worsen, not improve their lives. Or do they care?

So, who is behind this movement? First, we have reports of Steven Lerner at the Service Employees International Union (SEIU). According to press reports, he was the one who promised a march on Wall Street and plans to crash the stock market. We also have apparent connections between SEIU and Hamas. Finally, there was the threat to "erase the NYSE from the Internet."

More recently, we have reports that radical jihadists are taking credit for the movement. Here's a quote from Eid al-Adha, Hizb-e-Islami Afghanistan (HIA) chief Gulbuddin Hekmatyar taken from a Pakistani newspaper (according to reports from the Middle East Media Research Institute):

"We can say with full confidence that the latest spring in Africa and the Arab world and the uprising in Europe and the United States is the effect of Afghan jihad on international level and all these revolutions have gotten inspiration from our momin [faithful] mujahideen and their historic resistance.

The leaders of Egypt, Libya and Tunisia admit that the Afghan jihad and mujahideen have a great role in these uprisings, and it has created the growing feeling of jihad and resistance among their nations. Mosques also played a big role in the uprisings in Tunisia, Egypt, Syria, and Libya. The effects of [sermons on] Fridays were also very prominent.

The figures that are committed to Islamic slogans are already shining in the ranks of the protesters."

Putting it all together, it should be obvious that there are seemingly close ties between the movements in America and the Middle East. This gives strong reason to suspect that there has been common instigation and common support. Remember, the "Occupy Wall Street" movement began with the notion of crashing our stock market. It is also now claimed to be a "jihad" against America.