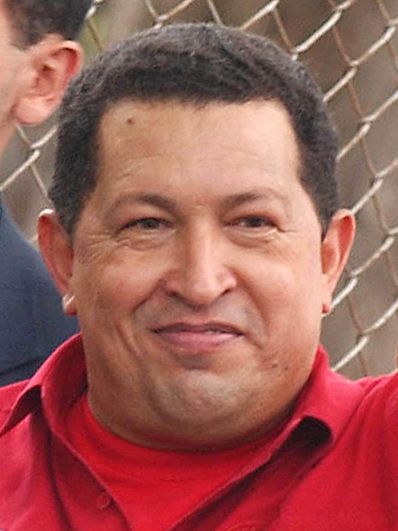 It was recently reported that Venezuela was moving virtually all of its reserves (approaching $20 billion) held in Swiss and British banks to China, Russia and Brazil, three members of the "BRICS" nations (Brazil, Russia, India, China, and South Africa). This includes over $6.3 billion in cash reserves and gold estimated in value between $11 billion and $18 billion. As explanation (according to an August 17, 2011 article in The Wall Street Journal):

"Venezuelan Foreign Minister Nicolas Maduro said the world's financial system, based on the dollar, "had entered into a crisis of uncertainty and we are planning to construct a new international monetary system, and especially in South America, protect ourselves from this situation," he said."

At the same time, Chavez has also nationalized all gold mining activity in the country.

These are significant developments, little understood in regard to their macro implications. Quite simply, Chavez is confirming with his actions the intentions already stated by the BRICS nations to replace the U.S. dollar. An example from Putin in Russia:

"They (Americans) are living like parasites off the global economy and their monopoly of the dollar," Putin said…."Countries like Russia and China hold a significant part of their reserves in American securities … There should be other reserve currencies."

We have provided other examples in previous posts as well, one of which included these thoughts from CNBC:

"In a statement released at a summit on the southern island of Hainan, the leaders of Brazil, Russia, India, China and South Africa said the recent financial crisis had exposed the inadequacies and deficiencies of the current monetary order, which has the dollar as its linchpin. ‘The era demands that the BRICS countries strengthen dialogue and cooperation,' Chinese President Hu Jintao said.

The BRICS are worried about the long-term fate of the dollar because of America's large trade and budget deficits. They also begrudge the privileges that come with being the leading reserve currency – hence the call for a revamped system that is more stable. In another dig at the dollar, the development banks of the five BRICS nations agreed in principle to establish mutual credit lines denominated in their local currencies, not the U.S. currency."

The Chavez move is clearly in line with the call from the BRICS. [By the way, it is important to note that the inclusion of South Africa with the BRIC countries is a recent development. The primary reason is that South Africa is the source for over half of the gold mined in the world as well as half the future reserves.]

We have  already established that the BRIC concept was initially created for geopolitical and strategic reasons rather than economic. Now, we can be certain that at least some of the BRICS, along with me-too Venezuela, are putting their money where their mouth is. They intend to bring down the dollar and establish a new monetary system. This is PHASE THREE as we have been warning.