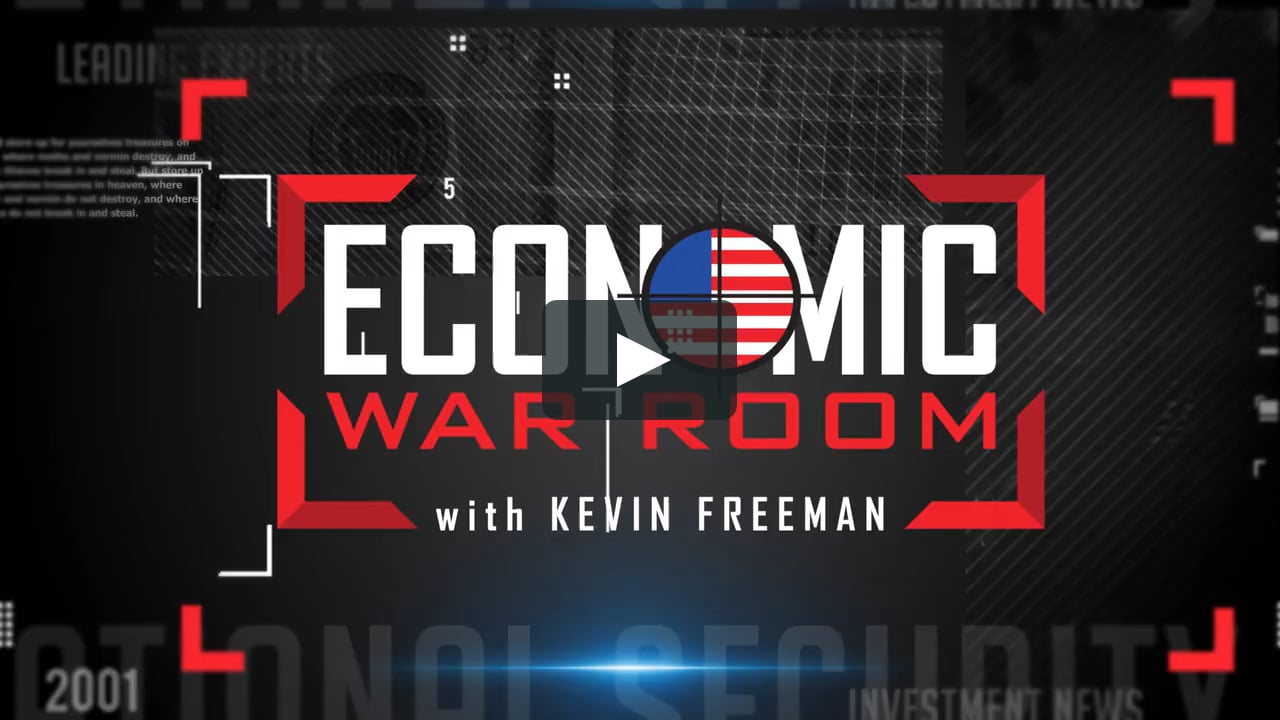 In Episode 6 of The Economic War Room on BlazeTV, we warned America that our nation had developed a desperate and unnecessary dependence on Chinese pharmaceuticals. This episode aired on November 8, 2018. Here is a clip from that show:

The warning was early enough that we could have responded. We should have responded. We should have rebuilt our domestic manufacturing capability for API (Active Pharmaceutical Ingredients). Sadly, we did not. And we may be a year or more from being able to do so. What we were concerned with a year and one half ago was Chinese economic warfare. What is worrying today is a Chinese pandemic. Either way, there is a threat to our supply of medicine.

The problem is that we have, over time, sold out our domestic manufacturing capability for the most basic of medicines as well as the active ingredients for generics and cutting-edge pharmaceuticals alike. China controls most of this industry and that remains a threat to our nation's health and national security.

Our guest from Episode 6, Rosemary Gibson, is the clear thought leader in this matter. She literally wrote the book on the subject, ChinaRx. And she's become an important advisor and information source for our nation's leadership. Here are just a few of the articles written in the past week or so referencing her work.

Expert: China Has ‘Global Chokehold' on Medicine, Can Shut Down Our Pharmacies, Hospitals in Months

China could effectively shut down America's healthcare system within months given the one-party state's "global chokehold" on the manufacturing of medicines and medical supplies, explained Rosemary Gibson, author of China Rx: Exposing the Risks of America's Dependence on China for Medicine.

The basic building blocks of U.S. health care are now under the control of the Chinese Communist Party.

…Chinese President Xi Jinping recently warned of the "grave" situation posed by the "accelerating spread" of the coronavirus in China. Xi's frank warnings were unusual for the senior most official of the Chinese Communist Party and reveal the depth of the concern at the highest levels of the country's leadership.

It's not hard to imagine that Xi might see a really bad flu season as an opportunity to leverage his control of medicine production to achieve an end.

Already, nearly 500 people have died and tens of thousands more have been diagnosed with the novel coronavirus. It has been found in Taiwan, South Korea, Japan, Europe and the United States. Tens of millions have been put under travel restrictions and even quarantine by the Chinese government.

While many are rightfully concerned about stopping the virus, few are focused on the fact that the more it spreads, the more the U.S. ability to treat any Americans who are stricken is vulnerable to the tender mercies of the Chinese Communist Party because of a strategic shift in health care that occurred without debate or decision in Washington.

Everything from antibiotics to chemotherapy drugs, from antidepressants to Alzheimer's medications to treatments for HIV/AIDS, are frequently produced by Chinese manufacturers. What's more, the most effective breathing masks and the bulk of other personal protective equipment — key to containing the spread of coronavirus and protecting health care workers — and even the basic syringe are largely made in China. The basic building blocks of U.S. health care are now under Xi's control.

As Rosemary Gibson, author and health care expert noted, the United States does not produce its own penicillin anymore — the last U.S. based penicillin production facility closed in 2004. Of course, antibiotics may not do any good against the coronavirus, but they may be needed to deal with a related sickness, just as flu often leads to respiratory infections….

Reliance on China for Medicine Is a Security Threat to US Military and Public, Says Congressman

WASHINGTON—...The coronavirus outbreak has disrupted the U.S. pharmaceutical industry's global supply chain that is largely dependent on China, calling attention to a dangerous level of dependence by the United States on this global competitor.

This makes the United States vulnerable to supply chain disruptions arising from the coronavirus (officially known as COVID-19) outbreak in China, which has alarmed Congress and the White House.

The increasing dominance of Beijing in the manufacturing of medicine poses a national security threat to the United States, Rep. John Garamendi (D-Calif.) told The Epoch Times…

The COVID-19 outbreak, which originated in the central Chinese city of Wuhan and has rapidly spread across China, is expected to hit China's economy.

To contain the virus, many local governments in China have halted factory activities, impacting the pharmaceutical and other industries. At the same time, the country faces its own shortages of medical supplies and equipment needed to treat and test for the virus.

The United States' dependence on China for medicine has been a problem for years, and the coronavirus outbreak has exacerbated the problem, according to Rosemary Gibson, a senior advisor at the Hastings Center, a bioethics research institute, and co-author of "China RX: Exposing the Risks of America's Dependence on China for Medicine."…

From The New York Times:

Resources are already stretched during flu season. With so much medical equipment and drugs made in China, public health experts are anxiously watching the global supply chain . . .

Rosemary Gibson, an expert on China's drug supply who is a senior adviser at the Hastings Center, a nonpartisan bioethics research institute, said she had learned of companies having trouble getting shipments of their products. "If there were exports from China that were no longer coming to the U.S., our hospitals and our health systems would cease to function within a couple of months," said Ms. Gibson, who also wrote a book, "China Rx," about the American dependence on medicines from China.

The United States has already seen examples of how quickly a disruption in supply from China can lead to shortages. In 2018, widespread recalls of the blood pressure drug valsartan were traced to problems at a single Chinese factory that made the drug's active ingredient, which was contaminated with a possible carcinogen.

In 2016, a chemical explosion at a raw ingredient factory in China led to a global shortage of piperacillin-tazobactam, an antibiotic used to treat a number of life-or-death conditions, including sepsis.

About 20 F.D.A. employees assigned to the agency's offices in China, and who were responsible for product inspections there, have been evacuated.

"It will be some matter of time before we understand what the disruptions are," said Michael Wessel, a member of the U.S.-China Economic and Security Review Commission who has studied the growing reliance by the United States on Chinese pharmaceutical products.

When you have Breitbart, Epoch Times, NBC News, and New York Times all carrying the same story, it becomes clear that this is not a partisan issue. And, it's serious. You should watch Episode 6 on BlazeTV. You can download the FREE Battle Plan for Episode 6 with critical action steps (registration required). You should also read Rosemary Gibson's book, ChinaRx. The good news is that officials in the Trump Administration have taken notice. Rosemary Gibson has testified before Congress and briefed members of the White House inner circle. You should get up to speed on the topic and stay tuned.
Share on Facebook Next Story