Why the EMP Commission Must Continue

The following excerpts are from an article written by my friend Ambassador Hank Cooper and was originally published in Newsmax last night. This is an urgent matter. Please read the excerpts or better yet go to the original at Newsmax. Then, contact your Senators and urge them to keep the EMP Commission as explained in the article below. 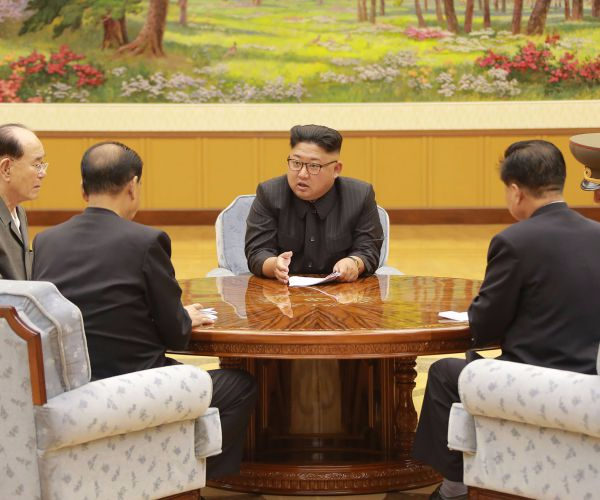 My September 12 Newsmax article urged that the current EMP Commission not be disbanded, especially since North Korea explicitly threatened an electromagnetic pulse (EMP) attack that could shut down our electric power grid for an indefinite period, possibly leading to the death of millions of Americans.

The House of Representatives' version of the National Defense Authorization Act for 2018 (NDAA 2018) would scuttle the EMP Commission, if not corrected by the Senate — which is considering its version of the NDAA 2018 this week.

Under the House version, members of the new Commission would be appointed by the chairmen and ranking members of the House and Senate Armed Services Committees. It proscribes that the Commission would review and assess various matters related to EMP attacks and events, both natural and man-made, that the United States could experience within the next 20 years; requires a final report and interim briefings on its findings, conclusions, and recommendations; and Directs the Secretary of Defense to submit his views on the Commission's final report. It would authorize $3.0 million for the activities of the Commission, would terminate the Commission three months after the Secretary submits views on its report, and stated that the Federal Advisory Committee Act (5 U.S.C. App.) applies to the Commission.

This legislation is a recipe for major disruptions and delay as new commissioners are appointed, staff is hired, facilities are identified to support meetings, and clearances for all are assured. As an example, when the current commission was reinstated (from its original status with essentially no delay) it took a year to gain the needed clearances, locating offices and gaining approval to actually fund the needed work — leaving only six months to complete its assigned work.

To be sure some of the current Commissioners may wish to retire — the Chairman, Dr. William R. Graham, indicates that perhaps three will so wish. Backfilling three positions is nothing like starting over again from scratch. Such a delay is highly irresponsible in view of North Korea's recent explicit threat to execute an EMP attack.

Thus, it us urgent that the Senate reverse the House NDAA 2018 legislation. The commissioners recommend appropriate legislative language to accomplish the following:

I urge that the new NDAA2018 stipulate that the reinstated Commission be placed in an appropriate White House office and provided a direct pathway to the president to assure that it can have the greatest effect in correcting the current dysfunctional management of the federal government in managing the nation's efforts to assure the viability of our electric power grid and other critical civil infrastructure. No one below the president is currently responsible for this vitally important activity.

Everyone in Florida, Georgia, and elsewhere still recovering from hurricanes Harvey and Irma understands the consequences of the loss of electricity — especially if there is no outside help from emergency responders, as well could be the case in a major EMP attack. This urgent matter deserves top priority attention by the Senate and House in finalizing the NDAA 2018.

Ambassador Henry F. (Hank) Cooper, Chairman of High Frontier and an acknowledged expert on strategic and space national security issues, was President Ronald Reagan's Chief Negotiator at the Geneva Defense and Space Talks with the Soviet Union and Strategic Defense Initiative (SDI) Director during the George H.W. Bush administration. Previously, he served as the Assistant Director of the Arms Control and Disarmament Agency, Deputy Assistant USAF Secretary and Science Advisor to the Air Force Weapons Laboratory. In the private sector he was Chairman of Applied Research Associates, a high technology company; member of the technical staff of Jaycor, R&D Associates and Bell Telephone Laboratories; a Senior Associate of the National Institute for Public Policy; and Visiting Fellow at the Heritage Foundation. He received B.S. and M.S. degrees from Clemson and a PhD from New York University, all in Mechanical Engineering. To read more of his reports — Click Here Now.