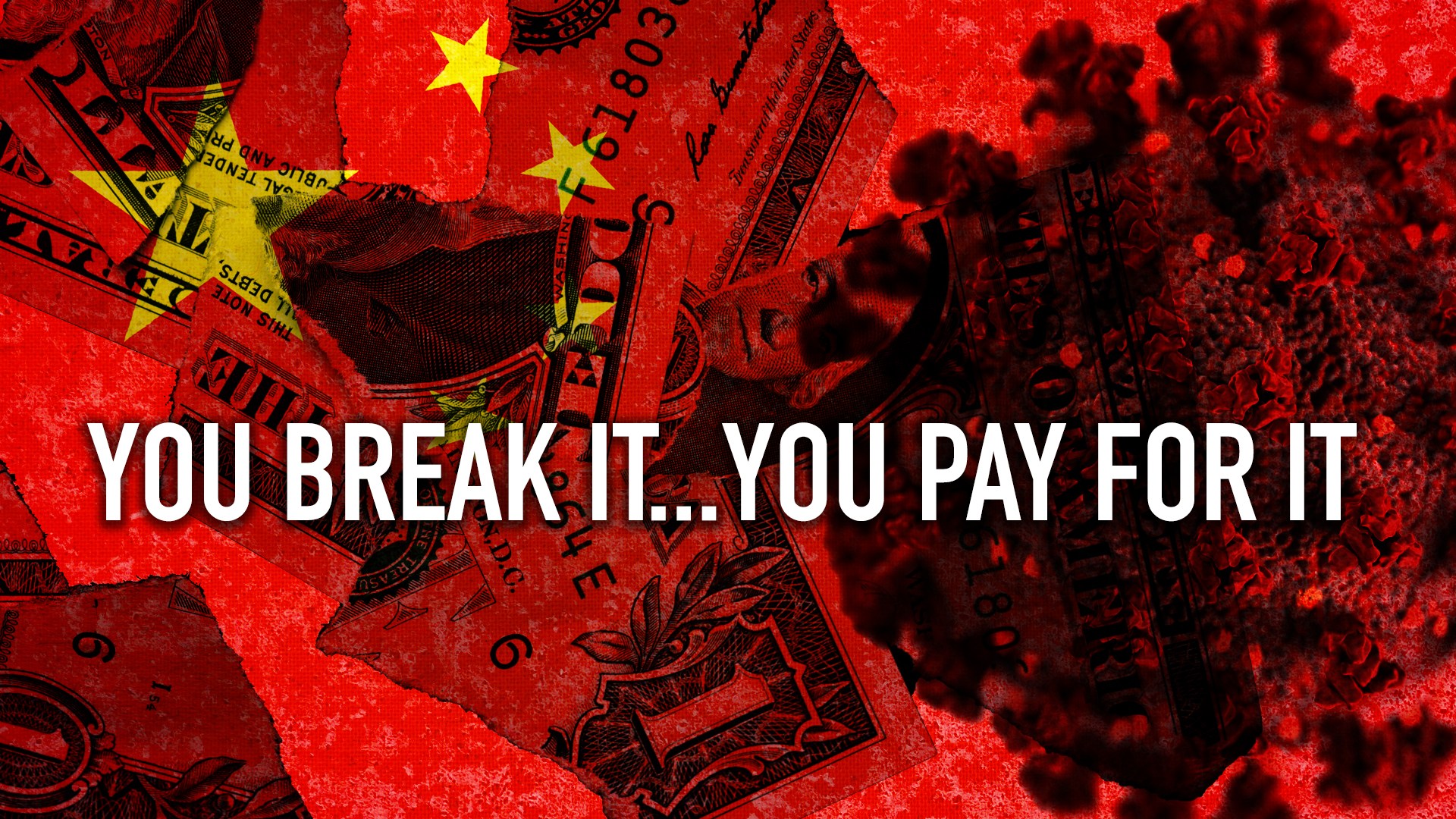 In almost every antique store in America there is a little sign that says, "You Break It, You Pay for It." The Chinese Communist Party has broken the world's economy by mishandling, covering up, and lying about the deadly virus they allowed to be unleashed on the planet. We all know it. But how do we make them pay for it? We can start by ending the foolish practice of underwriting their major companies with our capital markets.

The time is now. The Securities and Exchange Commission (SEC) must now take the moral, ethical, and legal decision to deregister and delist any Chinese company shares that fail to follow our accounting rules, disclosure requirements, and securities laws. No American company would be allowed to remain available for investment without complying with all our laws and regulations. Unfortunately, Chinese shares have been given a pass and thus an unfair advantage over our own companies and those from other nations in attracting American investment.

It is unimaginable that those charged with safeguarding investors would allow Americans to be misled regarding Chinese listed shares. Investors wrongly assume that if a company is listed on our share exchanges that the company conforms to American laws, regulations, and accounting standards. But that isn't the case, according to a bi-partisan group in Congress. In fact, the opposite has been true in many cases. Some Chinese companies have been proven to be outright frauds. Even the ones that appear most legitimate, like Alibaba, don't provide the material disclosures, shareholder protections, or corporate governance rights for Americans. Investors in Alibaba, the largest IPO in history at the time, received an unusual structure known as a VIE (variable interest entity) as shares in a Cayman Islands corporation. The structure did not even meet Hong Kong listing requirements in 2013 but the New York Stock Exchange was more than willing to make room in 2014.

"It's outrageous that we continue to allow the Chinese government to shield U.S.-listed Chinese companies from complying with the SEC's disclosure and audit regulations. While some have used recent events to call for increasing investments in China-based securities, this unfortunate but unsurprising incident highlights the tremendous risk posed by such investments. This should be a major wake-up call for policymakers and regulators: if Chinese companies want to be listed on U.S. exchanges, they must comply with American laws and regulations for financial transparency and accountability."

I agree completely with Senator Rubio. And the accounting issue is just the tip of a very large iceberg. Some estimate that Chinese companies have raised as much as $3 trillion in U.S. capital markets (equity and debt). These include U.S.-sanctioned companies, human rights abusers, hackers, and firms charged with corporate espionage. All Chinese companies, by law, are subject to Article 7 of the Chinese National Intelligence Law. This could require that they engage in espionage or other strategic missions on demand from the Chinese Communist Party. Doesn't that make all Chinese companies potential agents of the Chinese Communist Party?

Some of these companies are listed on the New York Stock Exchange or the NASDAQ. Others hide in the less-regulated Over-the Counter market. Many appear in the major index funds and are unwittingly held in the investment portfolios of countless Americans as well as public and private pension funds, foundations, and university endowments.

Fortunately, there is some very good recent news regarding Chinese shares. Our public Thrift Savings Plan, established to provide a solid nest egg for America's federal employees, retirees, active duty service members, and veterans, has decided to abandon plans to put billions of additional dollars into Chinese shares. When President Trump found out that the plan was about to put public money in Chinese shares, he simply said "No Way."

From the Federal News Network on May 12:

"At the direction of President Trump, the board is to immediately halt all steps associated with investing the I fund according to the MSCI ACWI ex USA IMI, and to reverse its decision to invest plan assets on the basis of that international equities index," Scalia said in a letter to FRTIB Chairman Michael Kennedy. Scalia's letter follows a separate one from Larry Kudlow, director of the National Economic Council, and Robert O'Brien, assistant to the president for national security affairs. In their own letter to Scalia, Kudlow and O'Brien detailed their rationale for reversing the course, calling the planned I fund changes as "risky and unjustified."

That's something the Committee on the Present Danger-China (of which I am a member) has been pushing for over the past year. I also covered the issue in a special episode of my BlazeTV program, Economic War Room with Kevin Freeman. Good work, President Trump!

Now that Larry Kudlow (Director of the U.S. National Economic Council), Secretary of Labor Scalia, and Robert O'Brien (responsible for national security affairs) have followed President Trump in recognizing the risks of Chinese shares being offered to Americans, can the SEC really continue to overlook the danger? If these securities are not acceptable for the Thrift Savings Plan, should they be allowed in other public pensions or endowments? I think not.

Consider these findings from a recent poll conducted by the research and data firm YouGov for the Victims of Communism Memorial Fund (released May 13):

When you couple that with the reality that every Chinese company must serve the Chinese government interest according to their Article 7 law, it should be obvious that a truly informed American public would reject Chinese investments. Unfortunately, there has not been sufficient disclosure of the material risks and threats posed by Chinese companies accessing our capital markets. Most people have no idea how much we have funded China over the past two decades or just how exposed they already are to risky Chinese investments. The SEC should follow the lead of the Thrift Savings Plan. They should right that wrong starting now by requiring full conformity with all of our securities laws, material risk disclosures, and accounting standards by every Chinese company in our markets. Any non-compliant companies should be deregistered and delisted.

Here is President Trump discussing this in an interview with Maria Bartiromo this morning.

Bravo, President Trump regarding the TSP. It's now time to remove these rogue companies from the markets as well.</p> <p><strong>The Chinese government broke the world's economy. There's no way we should be underwriting it.</strong></p>