You Can Run But You Can't Hide (except maybe in Texas)

The most asked question after people grasp that we are in a global economic war is "What do I do with my money?" Now, it is a pretty astounding revelation to understand that the next global war, or more precisely the one we are in now, is not fought with tanks and planes. It is fought with money and computers. It is not a cyber war as so many have thought. It is an economic war and cyber is simply one of the many battlefields.

It wasn't a cyber attack that doomed Cypriot depositors to lose 10%, 30%, or 80% of their deposits over 100,000 Euro (or however it ends up). No, it was bank failures and the pressures of the International Monetary Fund, the World Bank, and the European Union. These were terms "handed down." No computer needed in this case.

Of course, there is a massive cyber battle underway. In fact, just last week may have been the largest attack in history. Here at home, JP Morgan Chase depositors logged on to their accounts recently only to see zero balances across the board. We have been told that this wasn't hacking but rather a computer glitch. but, it could have been hacking and that is the point.

Once someone realizes that this is a global economic war they understand that their bank accounts, life savings, stock holdings, and even currency could come under attack. The immediate response is to ask how to protect your money. Unfortunately, there is no "one size fits all" answer. The reality is that no single approach can work.

We saw this reality last week when it was revealed that bank depositors in Cyprus would have their accounts raided by foreign interests. So, money in the bank is not a single solution. Jim Rogers made this point in a CNBC interview:

The losses imposed on Cyprus bank depositors by the European Union, European Central Bank (ECB) and International Monetary Fund (IMF) bailout should be a warning shot to bank depositors around the world, says investment legend Jim Rogers, chairman of Rogers Holdings."What more do you need to know? Please, you better hurry, you better run for the hills. I'm doing it anyway," Rogers tells CNBC. "I want to make sure that I don't get trapped. Think of all the poor souls that just thought they had a simple bank account. Now they find out that they are making a ‘contribution' to the stability of Cyprus. The gall of these politicians." Rogers' idea is that the risk of a confiscation of bank deposits now exists anyplace on the globe. "I, for one, am making sure I don't have too much money in any one specific bank account anywhere in the world, because now there is a precedent," he says. The IMF and European Union have told Cyprus, "loot the bank accounts,'" Rogers adds. "So you can be sure that other countries when problems come, are going to say, ‘well, it's condoned by the EU, it's condoned by the IMF, so let's do it too.'"

How about money in the mattress? Well, it depends on which currency is held. The reality is that currencies devalue and sometimes collapse. In addition, mattresses aren't very safe. There are horror stories about losing vast sums once hidden. So, having all your eggs in one mattress (to mix a metaphor) can be very risky.

How about gold? We have written before on this topic:

These are Unusual Times and There are No Simple Answers

Now, add to what we shared the thoughts of Mark Faber, Mr. Boom, Gloom, and Doom himself. Faber was recently quoted as saying:

"Not Even Gold Can Save You From What's Coming….When you print money, the money does not flow evenly into the economic system. It stays essentially in the financial service industry and among people that have access to these funds, mostly well-to-do people. It does not go to the worker. I just mentioned that it doesn't flow evenly into the system.

Now from time to time it will lift the NASDAQ like between 1997 and March 2000. Then it lifted home prices in the U.S. until 2007. Then it lifted the commodity prices in 2008 until July 2008 when the global economy was already in recession. More recently it has lifted selected emerging economies, stock markets in Indonesia, Philippines, Thailand, up four times from 2009 lows and now the U.S. 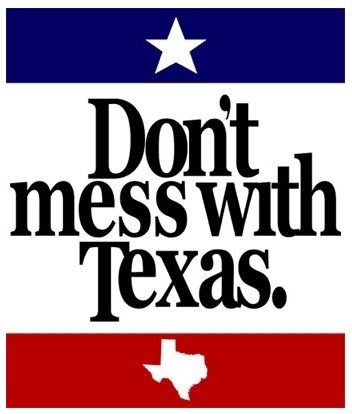 It is interesting to note that the state of Texas may ask for their gold to be held in the state. A new bill sponsored by Giovanni Capriglione and supported by Governor Rick Perry may pave the way for one place to possibly hide. If successful, this bill opens some interesting possibilities as mentioned by Jim Rickards, best-selling author of Currency Wars. [Rickards has been featured extensively warning of the risks of a dollar collapse. He led a war game effort in the Pentagon that showed how Russia and China could destroy our currency.]

According to Rickards in a Yahoo interview published on MoneyNews:

A Texas state lawmaker has proposed a bill that would allow the state to store its own gold in a manner that deem any attempts of government confiscation to be "null and void," James Rickards, senior managing director of Tangent Capital Partners and author of Currency Wars, told Yahoo.

The state's gold reserves are currently stored in New York under the watch of the Federal Reserve. But Gov. Rick Perry thinks Texas should be keeping watch over its own gold. On the Glenn Beck show, Perry announced that the legislative process to bring the gold home is currently under way, The Texas Tribune reported. The idea of Texas becoming the keeper of its own gold raises issues of storage and protection.

But Perry noted that the state is at least as capable as the Fed is of safeguarding the state's "physical gold." The bill, put forth by State Rep. Giovanni Capriglione, would create the Texas Bullion Depository. Rickards has read the proposed legislation and describes it as a "very significant development." With regard to the proposed depository, he said to "think of it as the Fort Knox of Texas." He explained that a facility such as Fort Knox is a sovereign depository, which houses sovereign gold. Likewise, a private depository offers services to private owners. What is being proposed in Texas is "one of the first sovereign depositories of private gold." This means gold belonging to individuals could be stored with state government backing.

Moreover, Rickards says, the bill includes language that will tell the government to "shove off" if they ever tried to confiscate the gold. He said the power to do so is granted by the 10th Amendment of the U.S. Constitution. "You've got the state of Texas standing up for you if the federal government tries to do what they tried to do in 1933, which is take the people's gold," Rickards told Yahoo. "Personally I think this is a game changer in the way the world of institutional investors are going to look at gold," he added.

Here is the video of his interview:

How about the stock market? It has certainly performed well recently and is back to all-time high levels for the first time since 2007. Of course, it is barely up since the year 2000 and experienced two horrific drops in the past dozen years. Hardly a bastion of absolute safety.

So what is the best advice? Keep in mind that this blog is not intended to provide advice. For that, seek out a professional who can understand your specific situation. We can, however, provide a few general guidelines, so here goes:

First, be educated. Understand that this is a global economic war and there should be no illusion of absolute safety.

Second, look for opportunities as dislocations will create them.

Third, if you can't watch things closely all the time, find a professional who can and is willing to understand the global realities.

Fourth, diversify. Don't put all your eggs in a single basket.

Fifth, hope that your state will stand up for you. We're watching closely to see if the Texas bill becomes law.

Finally, and most importantly, keep your perspective.

Lay not up for yourselves treasures upon earth, where moth and rust doth corrupt, and where thieves break through and steal:

But lay up for yourselves treasures in heaven, where neither moth nor rust doth corrupt, and where thieves do not break through nor steal:

For where your treasure is, there will your heart be also.

But seek ye first the kingdom of God, and his righteousness; and all these things shall be added unto you.

Remember what is truly important and focus on that!